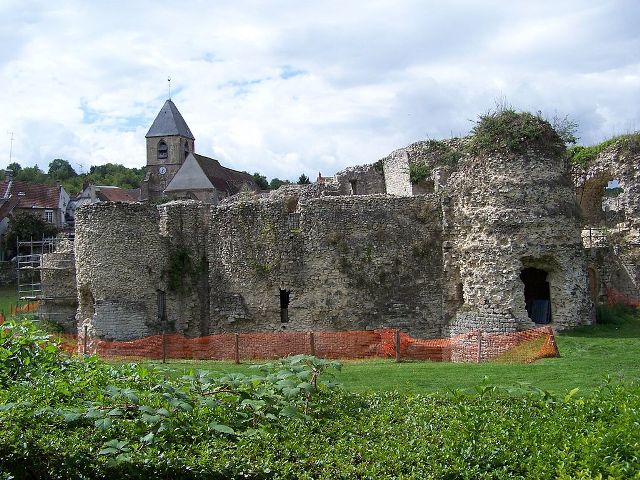 Location: Beynes, in the Yvelines departement of France (Ile-de-France Region).
Built: 1073.
Condition: Ruins.
Ownership / Access: Owned by the town.
ISMH Reference Number: PA00087370
Notes: Château de Beynes is a castle in ruins located in the center of the town of Beynes in the department of Yvelines, France.Castle Beynes is installed in the bottom of a valley. Its construction dates back to the eleventh century. It was first a military role at a time when the course of Marly was a royal domain of defense, to the west, especially against the English during the Hundred Years War. In the fourteenth century, Robert d'Estouteville did transform the castle. Having lost its strategic importance due to the extension of the royal domain, it becomes a residential palace in 1450, when Robert d'Estouteville made him undergo some changes, skimming the dungeon and adapting fortifications to the nascent artillery to make it a more comfortable residence. The building is still undergoing further transformations, particularly by Philibert Delorme in the fifteenth century. In 1536, the estate is transferred to Diane de Poitiers Henry II. In the eighteenth century, ruin decor serves time in English park built by Phélypeaux Pontchartrain which then possess. An estimate for its restoration is produced, its cost will likely convince the owners to let him in state. Abandoned and dismantled, he even used as a quarry for construction of the village. All remains the subject of a classification as historical monuments in 2014. In 1967, the castle of Beynes was bought by the municipality.From 1995 to 1999, he excavated and benefit from the work of confortation.