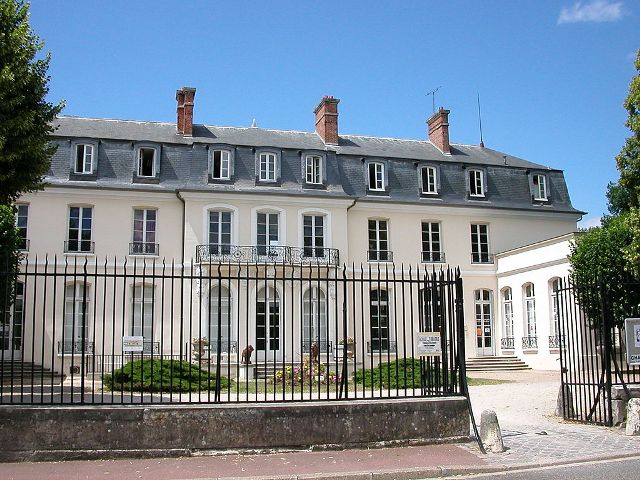 Location: Croissy-sur-Seine, in the Yvelines departement of France (Ile-de-France Region).
Built: 17th-18th century.
Condition: In good condition.
Ownership / Access: Owned by the town.
ISMH Reference Number: PA00087416
Notes: Château de Croissy is located in the municipality of Croissy-sur-Seine, in the department of Yvelines. The castle is the subject of a registration as a historic monument since 18 May 1975. Redesign of the castle in the first half of the eighteenth century Georges Gougenot Croissy. The current castle was built between 1750 and 1770. In 1779 he became the property of John Chanorier, last lord of Croissy. He spent the early nineteenth century to Jean-Louis Lapeyrière, receiver-general of the Seine, father of Augustin Lapeyrière and stepfather Marshal Bessieres. The family Girod de l'Ain resident there in 1824, then in 1845 the Count Jacques Charles Duval Epremesnil. Auguste-Dormeuil family acquired it in 1881.

How To Get To Château de Croissy (Map):