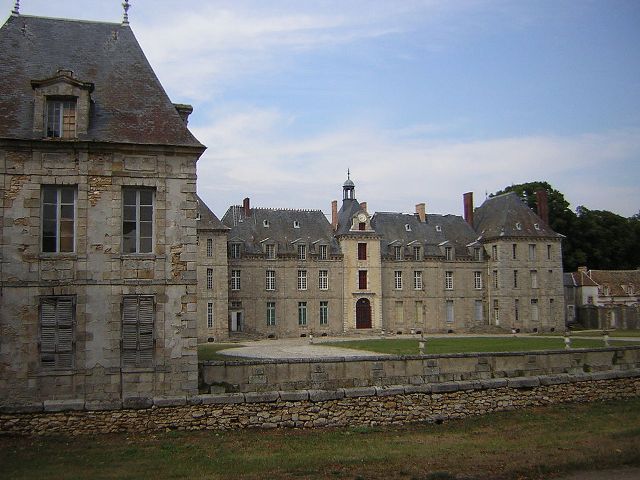 Location: Bouray-sur-Juine, in the Essonne departement of France (Ile-de-France Region).
Built: 1632-1635.
Condition: In good condition.
Ownership / Access: Owned by a private company.
ISMH Reference Number: PA00087823
Notes: Château de Mesnil-Voisin is a French palace in the French town of Bouray-sur-Juine, in the former province of Hurepoix, today the department of Essonne and the region Île-de-France, thirty -seven kilometers southwest of Paris.The classification procedure was conducted in three phases: All the facades and roofs of the castle and the two corner pavilions and those of their common boundary wall is the subject of a classification as historical monuments since December 18, 1980. Inside the fact 'subject to registration as historical monuments since October 12, 1994. the small park is the subject of a classification as historical monuments since November 6, 1995.

How To Get To Château de Mesnil-Voisin (Map):