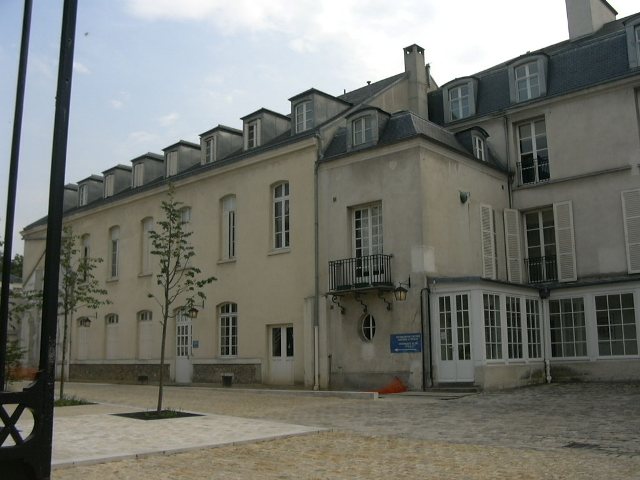 Location: Joinville-le-Pont, in the Val-de-Marne departement of France (Ile-de-France Region).
Built: 17th century.
Condition: In good condition.
Ownership / Access: Owned by the department.
ISMH Reference Number: PA00079882
Notes: Château du Parangon is a French monument of the seventeenth century, situated in the municipality of Joinville-le-Pont, in Île-de-France. It is currently owned by the County Council of Val-de-Marne in the Île-de-France.The castle is built in the second half of the seventeenth century, the territory of the parish of Saint Maur La Varenne out (now Saint-Maur-des-Fosses). Called Maison des Champs, it is built by the family Amelot and gardens, which he did almost nothing left, were designed by Le Nôtre (v.1613-1700). In 1658, it is the property of Mrs. Chaumontel. It was then acquired by Madame de La Fayette. At the end of the seventeenth century, it belongs to Jean-Jacques Amelot de Chaillou (1689-1749), superintendent of finances in 1726, Minister of State for Foreign Affairs from 1737 to 1744, and Superintendent of Posts in 1737. This is elected member of the French Academy in 1727 and an honorary member of the Academy of sciences 1741. The castle is located on the territory of the new municipality of La Branche-du-Pont-de-Saint-Maur, founded in 1790 by detachment of the town of Saint-Maur-des-Fosses. The town, while in the department of Paris (renamed the department of Seine), changed its name in 1831 and became Joinville-le-Pont. From 1857, the castle houses a private school that is from 1902 to 1914, the agricultural practice school, commercial and industrial colonial. During World War II, the castle was transformed into a military hospital for the US Army. It was then occupied by nuns. From 1947 to 1973, the castle houses a center for disabled children and then from 1975 to 1991 a children's home. It currently houses Social Services General Council of the Val-de-Marne. A primary school was built in the park. The castle was listed as a historical monument in 1976.