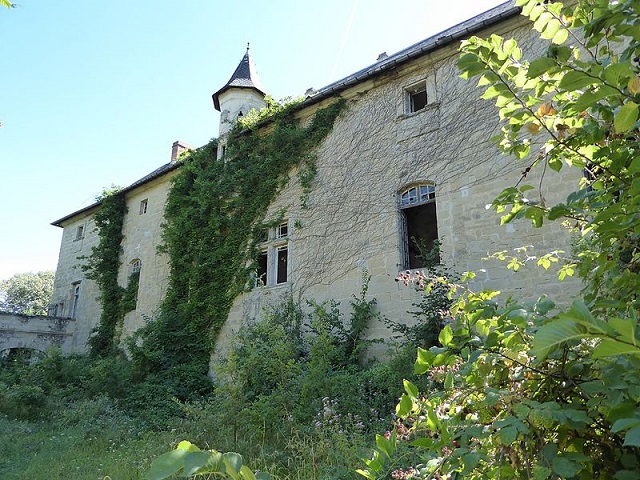 Location: Graulhet, in the Meurthe-et-Moselle departement of France (Lorraine Region).
Built: --.
Condition: --.
Ownership / Access: Private.
Notes: The castle of Lézignac is a castle located in the commune of Graulhet in the department of Tarn, in France and registered with the historical monuments since the 1st March 1977.The estate was given to the abbey of Candeil by the Vicomte de Lautrec in 1159. The abbey, daughter of Grandselve near Toulouse of the Cistercian order. The first trace of a local castle is based on the discovery of a twelfth century subterranean. The building is a Cistercian barn which gradually becomes the residence of the abbots of the abbey, in the center of an estate which also includes land and a mill1. The present castle dates from the sixteenth century. Built during the period of the religious wars, the windows on the ground floor are provided with gates. The summer residence houses among others, Jean Joseph Ange d'Hautpoul and the Due d'Enghien, before being sold as a national property by the revolutionaries following the decree of the goods of the clergy put at the disposal of the Nation. After 1851, important works were undertaken: reorganization of the annexes, removal of the chapel, repairs, the slate roof or the brick tower. The refocusing on the castle removes the elements of the Cistercian barn in favor of the only residence.The dwelling building has a rectangular shape with dimensions of 40 m long, ten wide and fifteen high. It is made of earthenware, and a brick tower rests on the left of the facade. The commons were reduced in the nineteenth century and what remains of them is leaned against the main building on either side of the courtyard. Renaissance decor abounds as the entrance door dated 1561, the mullioned windows or the grand staircase. Beautiful ceilings and fireplaces and a wall decoration complete the attractions of this castle.

How To Get To Château de Lézignac (Map):