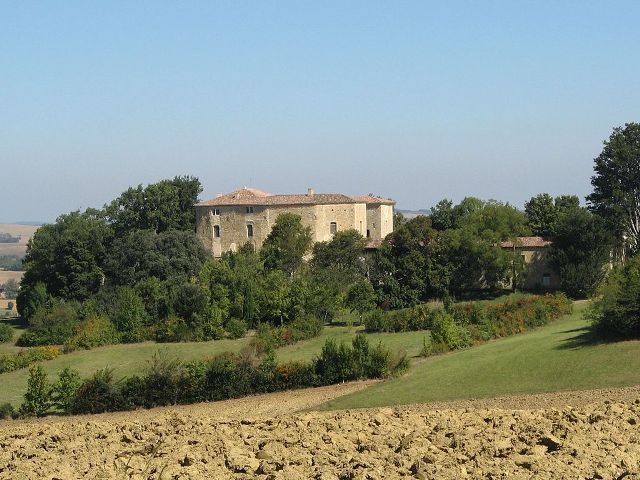 Location: Sauvetat (La), in the Gers departement of France (Midi-Pyrenees Region).
Built: 13th-18th century.
Condition: In good condition.
Ownership / Access: Private property.
ISMH Reference Number: PA32000012
Notes: Château de Sérillac is a castle located in La Sauvetat, Canton-Lomagne Fleurance. It is originally a castle of the thirteenth century which has been heavily remodeled in the fourteenth, sixteenth, seventeenth and eighteenth centuries. It is registered as a historic monument since 2002.The first medieval castle built in the thirteenth century. a feudal mound, suggesting a defensive position existed previously. The castle must suffer the devastating effects of religious wars, like the village of La Sauvetat, sauveté established in the eleventh siècle.À Renaissance, the fortress was converted into a dwelling campagne.Dans Gascogne tales collected by Jean-François Bladé the Bastard, the hero is in love with the daughter of a nobleman who lived at Castle Sérillac.

How To Get To Château de Sérillac (Map):