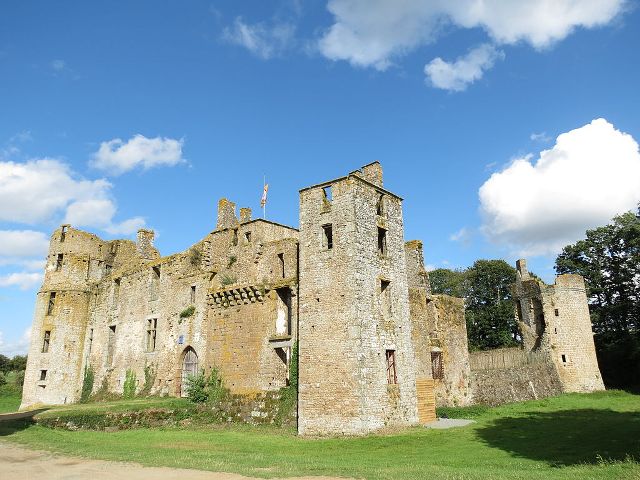 Location: Lassay-les-Châteaux, in the Mayenne departement of France (Pays de la Loire Region).
Built: 15th century.
Condition: Ruins.
Ownership / Access: Owned by the municipality.
Notes: Château du Bois Thibault is located in the town of Lassay-les-Châteaux towards the Housseau, about one kilometer from the town on the road Geneslay and Sept-Forges in the department of Mayenne.Le Bois-Thibault Castle was built on an ancient castle disappeared after the Hundred Years War. According to Father Angot, it was "reconstructed in whole or in part (1467) with similar towers and gunboats arbalétrières those of Lassay." It was one of the most important castles of the barony of Mayenne. It was constantly transmitted to the descendants of the same family and was inhabited until 1830. The Bois-Thibault Association, past & future was created in 1984 and the town of Lassay-les-Châteaux bought the site in 1988.