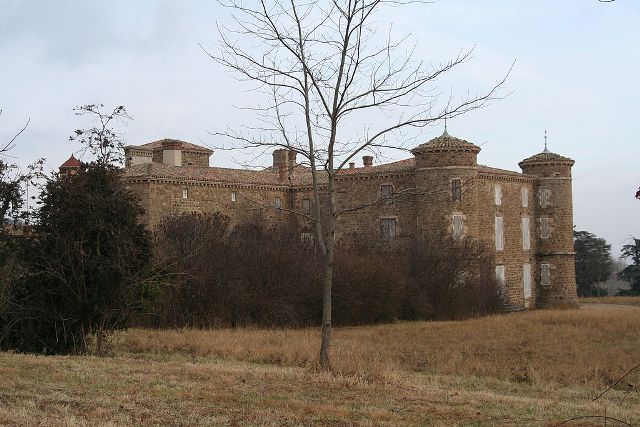 Location: Saint-Alban-d'Ay, in the Ardèche departement of France (Rhone-Alpes Region).
Built: 12th century.
Condition: In good condition.
Ownership / Access: Privately owned.
Notes: Château des Rieux, also called Manoir des Rieux, is a castle located in Saint-Alban-d'Ay in the Ardèche in France. Castle of Rieux is a mansion, an old fortified farmhouse, which was built around 1280 at a place called "the Rieux" and became property of the family of Tournon in 1390. In the fourteenth century the castle belonged to Lord Andrew Fabry. On the death of his mother in 1885 Charles Vachon Lestra, Mayor of Saint-Alban d'Ay from 1878 to 1879 and from 1881 to 1907, became owner. The current owner, a descendant of the lineage, is Nicolas Gaspard.