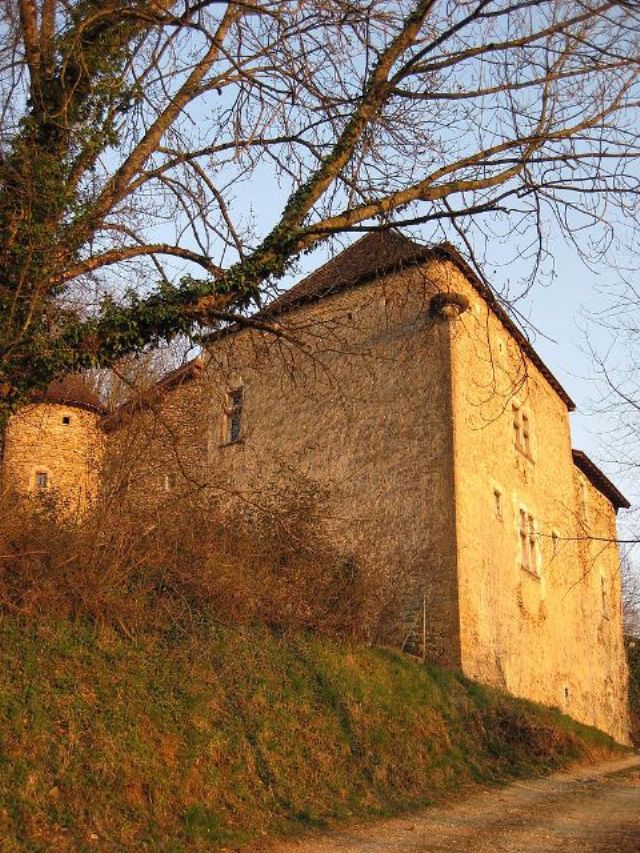 Location: Ambérieu-en-Bugey, in the Ain departement of France (Rhone-Alpes Region).
Built: 14th century.
Condition: In good condition.
Ownership / Access: Privately owned.
ISMH Reference Number: PA00116289
Notes: Maison forte de Saint-Germain or Tower Gy is an old fortress, the fourteenth and fifteenth centuries, center of the Lordship of Gy, which stands on the town of Ambérieu-en-Bugey in the department of Ain region Auvergne-Rhône-Alpes.The stronghold is the subject of a registration as historical monuments by order of 6 December 1984.The feud with strong house, around 1440, the possession of William, Lord Bolomier (Poncin), master of requests, then Vice Chancellor of Savoy, on which it is confiscated by the Duke of Savoy, who Andre enfeoffs Chevron Villette, whose heirs to alienate Jean-François Lucinge, Lord of the Motte (Treffort-Cuisiat). René Lucinge his son, Lord of the Motte and Allymes presents the noble house and tower Gy to his brother, Jean-François Lucinge, Esquire, Lord of Gy, captain of the regiment of the Grange, with the exception of dependent nobles Pension Gy when married Renée-Isabeau de Rovorée, daughter of Louis Rovorée, esquire, Lord of Montburon (Confrançon) and Attignat on 1 October 1627. By 1650, the heirs of the said Sieur de la Motte enjoy annuities, on the house and outbuildings them is by retaining possession of the said Rovorée. This land remains in the family Lucinge until the late seventeenth century. It then passes Suduyrand Francis, who gives, July 6, 1731, to Jacques Estienne, Esq. In 1789, it belonged to the family Dujast. The fortified house was ruined in 1595.