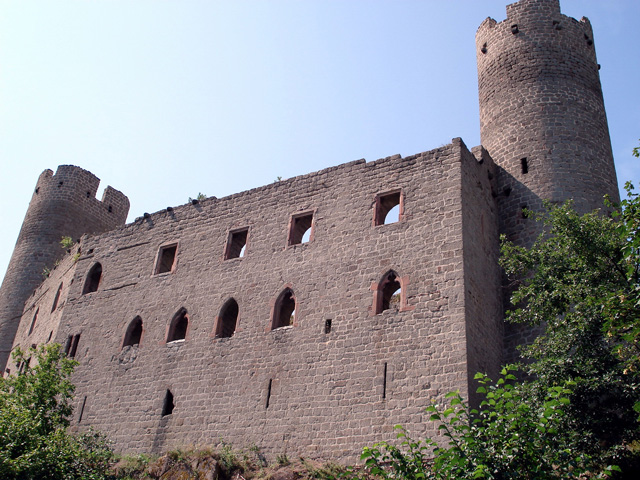 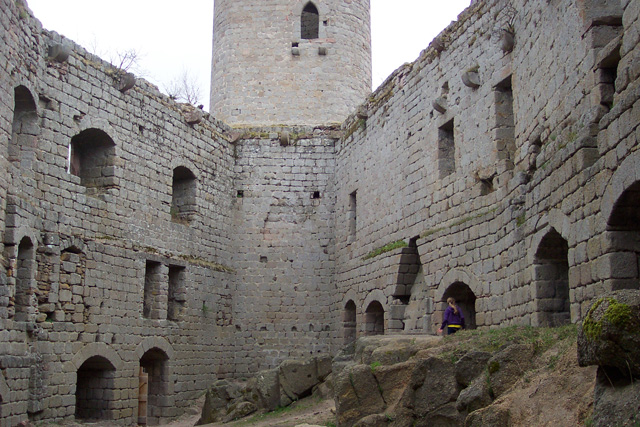 Location: Andlau, in the Bas-Rhin departement of France (Alsace Region).
Built: 1246-1264.
Condition: Ruins.
Ownership / Access: Andlau family.
ISMH Reference Number: PA00084585
Notes: The Chateau d'Andlau is a medieval castle in the commune of Andlau, in the Bas-Rhin departement of France. Constructed on a narrow granite outcrop at an altitude of 451 m (1466 ft), the Haut-Andlau dominates the valleys of Andlau and Kirneck. The castle was built from granite blocks, very certainly by Eberhard d'Andlau between 1246 and 1264. In 1678, after the joining of Alsace to France, it was pillaged by the troops of marechal de Crequy. The castle stayed in the hands of the counts of Andlau until the French Revolution and served afterwards as a residence for a gamekeeper in the service of the family. Confiscated as a national asset, it was sold in 1796 to a merchant who, from 1806 and with general indifference, began to sell the castle piece by piece. In 1818, Antoine-Henri d'Andlau bought the ruin and saved it from destruction. Repair work was carried out in 1856. The castle was classified as a monument historique (historic monument) in 1926 and was reinforced in 1927-1928 with a restoration campaign launched on the initiative of the Vosges Club (Club Vosgien). It still belongs to the Andlau family.