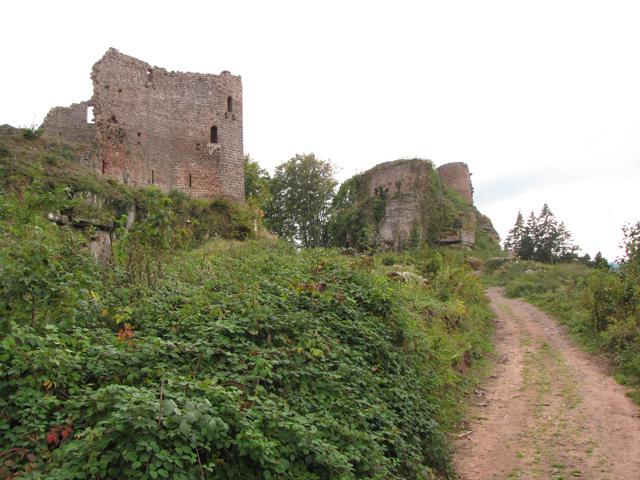 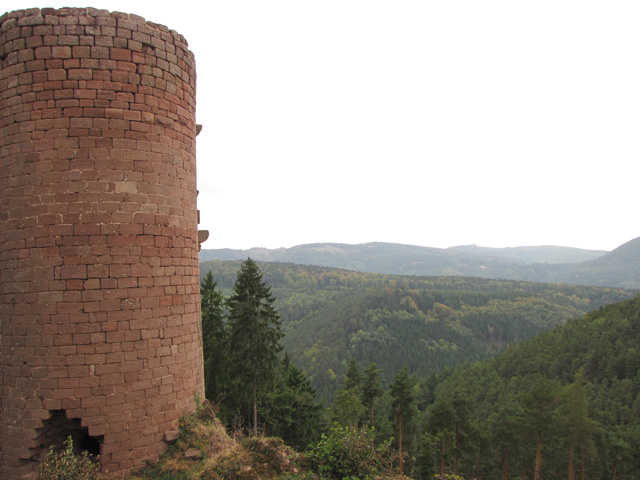 Location: Ottrott, in the Bas-Rhin departement of France (Alsace Region).
Built: 13th-14th century.
Condition: Ruined.
Ownership / Access: Owned by a private company.
ISMH Reference Number: PA00085273
Notes: The Chateau de Dreistein is a ruined castle in the commune of Ottrott in the Bas-Rhin departement of France. It is, in fact, three separate castles built on rocky promontories, hence the name drei Stein, "three stones" in medieval German. The castle is sited on the massif of Mont Sainte-Odile, to the west of the abbey. It overlooks the valley of the Ehn which it controls along with the castles of Ottrott (Koepfel, Rathsamhausen and Lutzelbourg) and the Chateau du Hagelschloss. As with the latter, it is close to the Pagan Wall of Mont Sainte-Odile. Access to Dreistein is only possible on foot, following paths laid out by the Vosges Club (Club Vosgien).The Chateau de Dreistein was built in the 13th or 14th centuries and was separated into two sections later. In the 17th century it was destroyed.It has been listed since 1990 as a monument historique by the French Ministry of Culture.

How To Get To Chateau de Dreistein (Map):