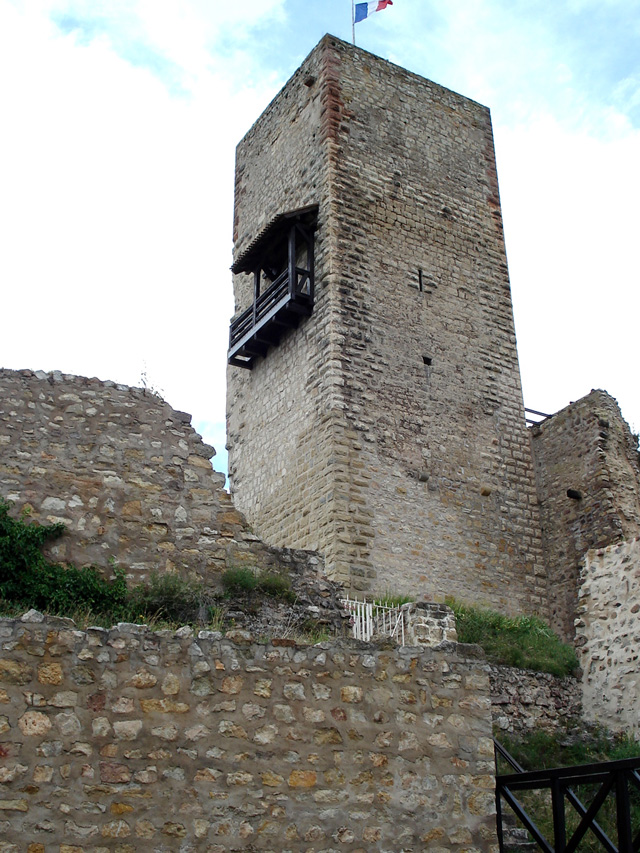 Location: Katzenthal, in the Haut-Rhin departement of France (Alsace Region).
Built: c.1200.
Condition: Ruins.
Ownership / Access: --
Notes: The ruined castle Wineck, which are found in ancient documents also under the names of Windeck or Weineck (and must not be confused with the Château de Wineck, in the municipality of Dambach, the northernmost Alsace, in the department of Bas-Rhin), overlooking the village and the vineyard of Katzenthal. It is the only castle in Alsace to be surrounded by vineyards hills, and the famous grand-Wineck Schlossberg believed in its name. Built around 1200 by the counts of Eguisheim-Dabo, it is mentioned for the first time ever in 1251, when the Count Ulrich of Ferrette gives the castle to the bishop of Strasbourg. Held in fief by the Knights of Wineck, patrician family from Colmar, it becomes the middle of the fourteenth century property of the barons of Rathsamhausen, which retain until 1828, that was when Gail family that owns up 'in 18644. If the source component only of a tower and a modest home, the castle was then in the fourteenth century, enlarged and surrounded by city walls, while a second wall was erected that defined bass court. Today the castle includes a horseshoe rampart, standing on the north side, a tower 21 meters high. The Society for the Preservation of Historical Monuments in Alsace acquires it in 1866; she still owns. The town of Katzenthal contracted, June 22, 2013, a long lease of 19 years with the Society for the Preservation of Historical Monuments Alsace5. Occupied for 250 years, the castle is mentioned as "Demoly" in 1502. It witnessed the medieval history of Alsace was restored in 1972 by the Friends of Wineck, "Society for the Restoration and Preservation Katzenthal Castle" who have rescued from oblivion and saved from destruction. He is illuminated every night from 21 to 24 hours.

How To Get To Château de Wineck (Map):