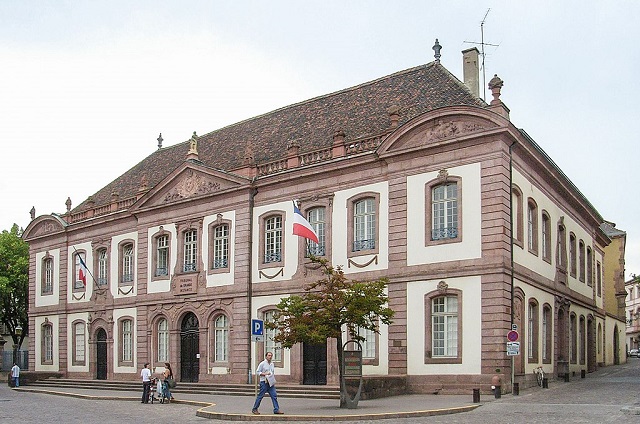 Location: Colmar, in the Haut-Rhin departement of France (Alsace Region).
Built: 1764 - 1771.
Condition: --.
Ownership / Access: --.
Notes: The palace of the Sovereign Council of Alsace is a historical monument located in Colmar, in the French department of Haut-Rhin.Beginning in 1459, this building served as a town hall. The sovereign Council, superior court of justice and provincial parliament, the highest jurisdiction of Alsace set up by Louis XIV after its attachment to France in 1648, sits alternately in Ensisheim in 1658, Vieux-Brisach in 1674, -Brisach in 1681 and then Colmar on 1 May 1698. The present building was built between 1764 and 1771. It was until the beginning of the twentieth century the seat of the Court of Appeal of Colmar and is currently hosting the tribunal de grande instance. The former palace, with the exception of the classified parts, has been registered for historic monuments since 16 October 1930. The façades and roofs of the palace as well as the two medieval chapels have been classified as historic monuments since 20 November 1998.