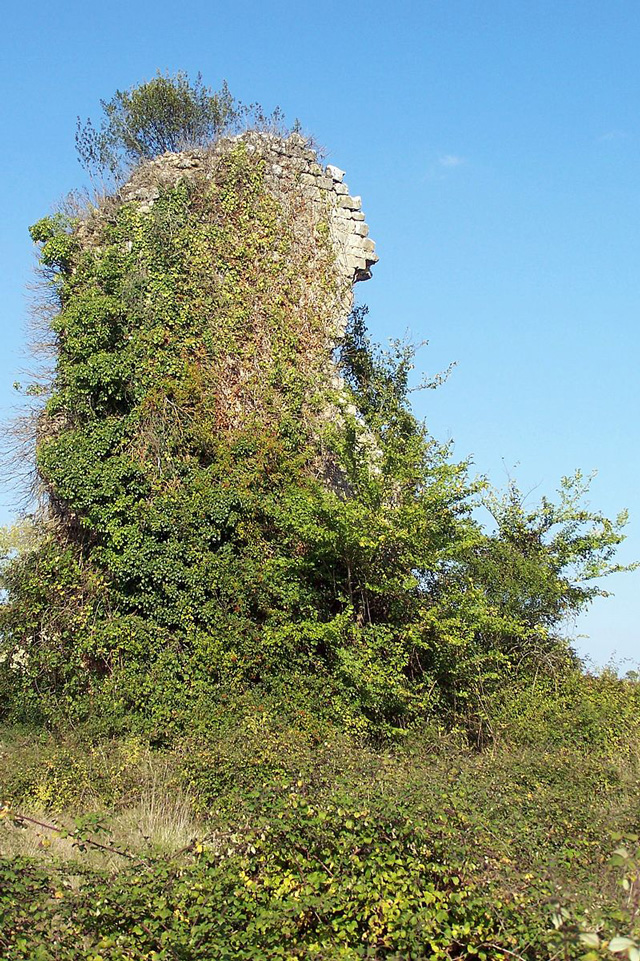 Location: Aillas, in the Gironde departement of France (Aquitaine Region).
Built: --
Condition: Ruins.
Ownership / Access: Owned by the Municipality.
ISMH Reference Number: PA00083107
Notes: The remains of the Château d'Aillas are located in the town of Aillas in Gironde, France.According to Patrice John O'Reilly, Abbot of St. Como, the ancient city of Aillas and its castle, built by the Visigoth Waillas were destroyed by the Normans in the ninth century. Rebuilt the castle became the property of the Albret family and their homes. In 1607, Henry IV exchanged his duchy of Albret against the principality of Sedan Bouillon Duke, brother of Turenne and Protestant. The castle, which had already suffered in the clashes League (1585-1595), was largely destroyed during the Fronde (1650-1653), the Duke of Bouillon who participated in the rebellion Bordeaux. The walls of the castle was demolished quasi-permanently in 17932. It remains today a piece of insulated wall. These remains are classified as historical monuments by order of July 12, 1886.