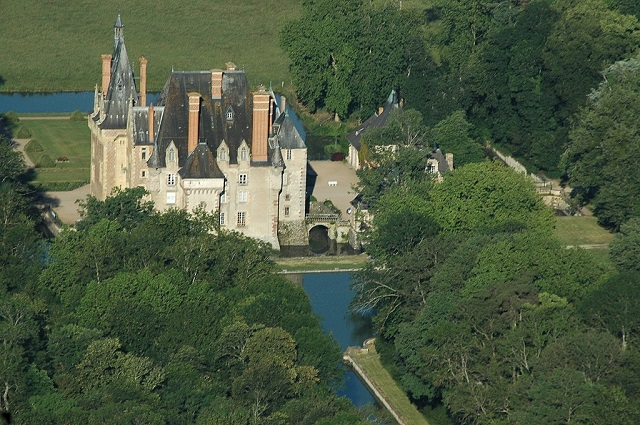 Location: Trévol, in the Gironde departement of France (Aquitaine Region).
Built: --.
Condition: In good condition.
Ownership / Access: Private.
Notes: The castle of Avrilly is a castle located in Trevol, France.The building is listed under historical monuments in 1999. The eastern façade dates from this period, fortified at each corner by a watchtower, in the middle by a dungeon topped with a rather high roof and garnished with lintel machicolations, resting on three quartered seats. Each of the lintels is adorned with the curved arch, characteristic of the 15th century. The north tower, also of the fifteenth, has two buttresses between which a drawbridge was lodged. Each buttress is surmounted by a bell tower and a niche to receive a statue. Below, an escutcheon shows the vestiges of coats of arms. The ground floor of this tower is vaulted with ogives: one reached the upper floors by a spiral staircase. The western façade, demolished in the nineteenth century, was similar to that of the east and had an inner courtyard.

How To Get To Château d'Avrilly(Map):