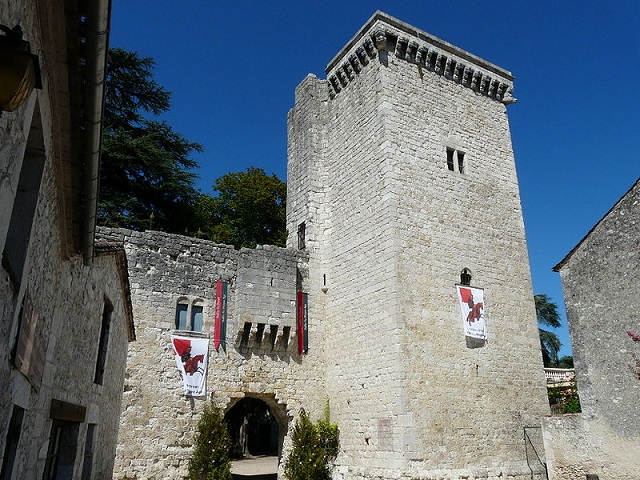 Location: Eymet, in the Lot-et-Garonne departement of France (Aquitaine Region).
Built: 13th century.
Condition: Museum.
Ownership / Access: Private property.
Notes: The castle of Eymet (or castle of the Bastide) is a French castle located in the commune of Eymet in the department of Dordogne, in Aquitaine-Limousin-Poitou-Charentes.The castle was built in the 13th century, before the creation of the bastide in which it was integrated. In 1377, the troops of Bertrand Du Guesclin took the castle to the English. The house was rebuilt in the nineteenth century. Part of the castle has since 1963 been transformed into a museum. All the buildings of the castle as well as part of the western wall have been registered as historic monuments since 30 December 1994.

How To Get To Château d'Eymet (Map):