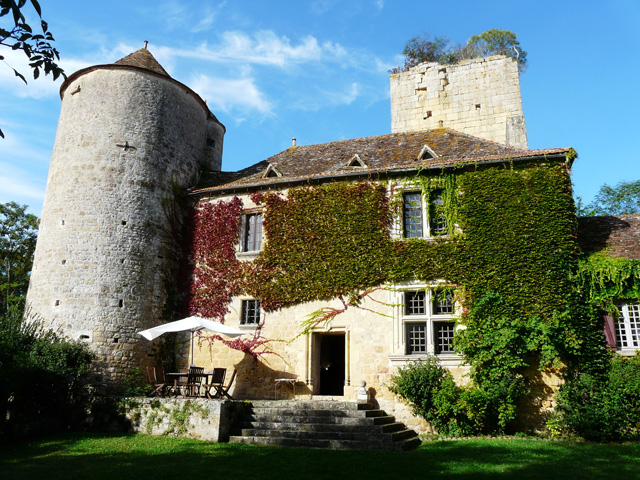 Location: Baneuil, in the Dordogne departement of France (Aquitaine Region).
Built: 11th century.
Condition: In good state.
Ownership / Access: Private property.
ISMH Reference Number: PA00082334
Notes: Château de Baneuil is a French château located in the municipality of Baneuil in the Dordogne, in the Aquitaine region. It was built in the eleventh century and expanded or modified at different reprises.Le Baneuil Castle is located in Dordogne, south of the Dordogne. Overlooking the Dordogne valley, it is located on a hill in the village of Baneuil. This is private property open to the visit in June-July1. It is the subject of a registration as a historic monument since October 18, 1946. Built in the eleventh century on the site of a feudal mound, the keep, simple watchtower, watching the valleys of the Dordogne and Couze. A guard room was added in the fourteenth century and a home and round tower flanked by a watchtower. The castle was besieged several times during the Hundred Years War.