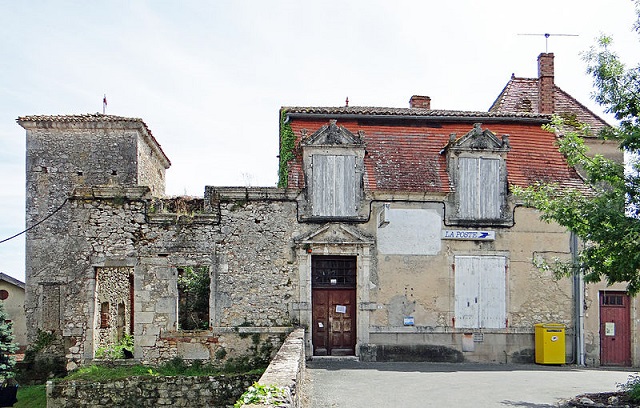 Location: Barbaste, in the Gironde departement of France (Aquitaine Region).
Built: 1255.
Condition: In good condition.
Ownership / Access: --.
Notes: The castle of Barbaste is a castle, located place de la poste, in Barbaste in Lot-et-Garonne. The castle was built in the first half of the seventeenth century, perhaps for Carbon of Faulong who was steward of the hunts of the King of Navarre Henry III and commander of the towers of Barbaste in 1588. The castle was divided into two estates in 1841. The southern part of the castle was donated in 1879 to the Barbaste charity office and now houses the post office. The northern part burnt down in 1933. The two wings of dependencies perpendicular to the house and forming a U-shaped courtyard to the west as seen on the cadastre of 1837 were destroyed The castle was registered as a historic monument on September 12, 1977.