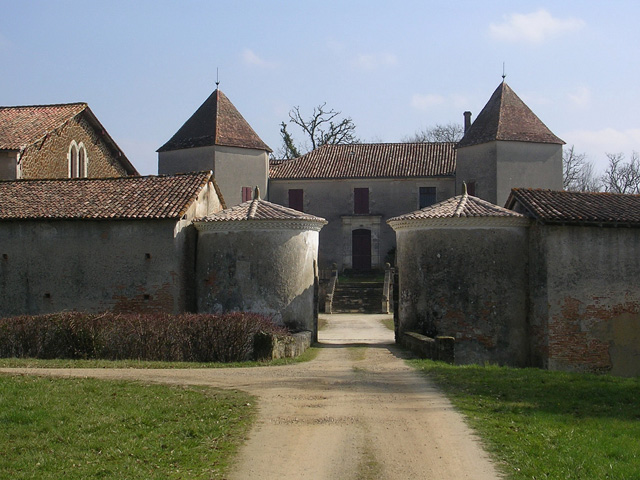 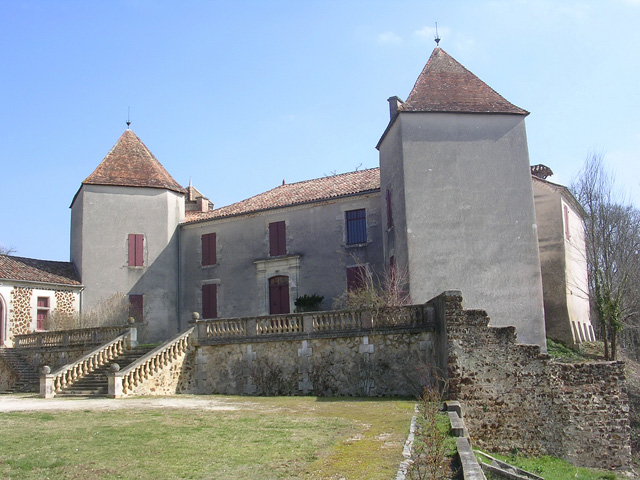 Location: Belhade, in the Landes departement of France (Aquitaine Region).
Built: 13th century.
Condition: Restored.
Ownership / Access: Privately owned.
ISMH Reference Number: PA40000034
Notes: Château de Belhade or Rochefort-Lavie Castle is located in the town of Belhade, in the French department of the Landes. The castle and the floor plate of the old feudal mound are registered as historic monuments by order of 16 January 2001. The present castle occupies the site of an earlier castle built in the thirteenth century as a castle mound seat of a lordship which extended its control over parish Belhade and those of surrounding Biganon, Moustey, Pissos, Ychoux, etc. Prerogative of the House of Albret, Belhade becomes the oldest barony Landes before becoming a county. For several centuries, the castle remained in the family of Pontacq, which eventually gives way to Lavie in 1759. Adjustments are then made in the eighteenth century. From that time, the castle retains its elevated body building flanked by two square towers placed in front of the facade. The other buildings are developed around a courtyard enclosure forming. The interior decoration is in turn subject to restoration in the nineteenth century. The major advantage of the site, justifying its inclusion lies in the historical continuity of its occupation.