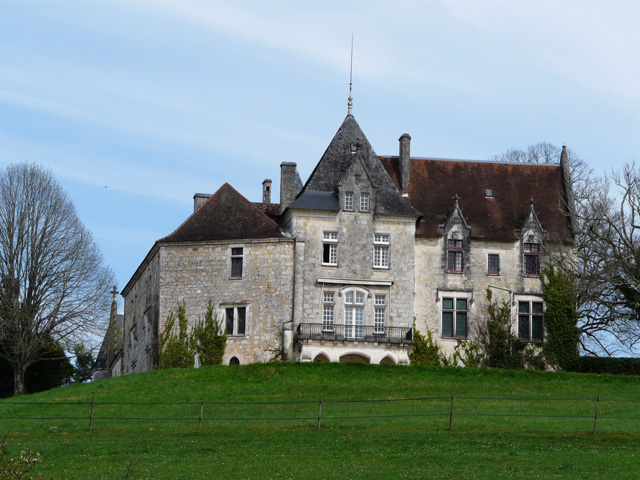 Location: Rion-des-Landes, in the Landes departement of France (Aquitaine Region).
Built: 19th century.
Condition: In good condition.
Ownership / Access: Owned by the town.
ISMH Reference Number: PA24000053
Notes: Castle Bellegarde is located in the municipality of Rion-des-Landes, in the French department of the Landes. It hosts nowadays council services. The builder of the castle is probably Maque Jacques, owner of a resin workshop and mayor of the town from 1833 to 1838. He donated it in 1854 to his daughter Madeleine, wife of Bernard Victor Fish. The eldest son of the couple, named Jacques-Albert, is to add the side tower. At the latter's death in 1931, his possessions are auctioned and the castle was acquired by the municipality, under the mandate of Dr. Bellegarde, intending to install the town hall. But the castle, according to the historical events, in turn welcomes refugees Republicans of the Spanish war, displaced Alsace2 of the phoney war before serving Kommandantur of the German occupation army. From 1962-1997, the castle houses a college in succession, a leisure center, a library and an open space for associations. It was not until 1997 that he became mayor of the town.