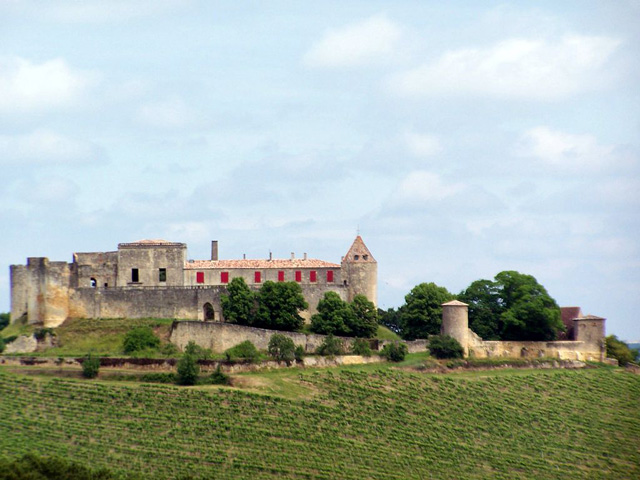 Location: Arbis, in the Gironde departement of France (Aquitaine Region).
Built: 19th century.
Condition: In good condition.
Ownership / Access: Privately owned.
ISMH Reference Number: PA00135173
Notes: Château de Benauge is a medieval fortress in the town of Arbis, in the department of Gironde, in the Aquitaine region. Stately home of the viscounts and earls of Benauges and the viscounts of Bezaume, in the natural region of the Entre-deux-Mers and the historic province of Biscay, since at least the thirteenth century, the castle belonged successively to the family of Grailly (pro-English during the hundred Years war), that the Dukes of Epernon (early seventeenth century) and, since the early twentieth century, the Journu family. major witness of the medieval fortification in Aquitaine and one of the most important fortresses of the Gironde, the castle occupies the top of a castle mound combining ditches, vallum, lists, decks, dungeon, chapel, two towers and reinforced pregnant various buildings. The building is protected with its vallum, its lists, terraces, floor and basement, as historical monuments by a registration order of 1 September 1995.

How To Get To Château de Benauge (Map):