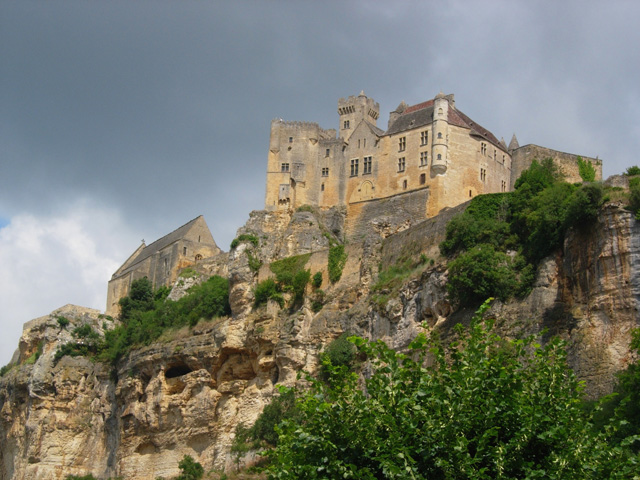 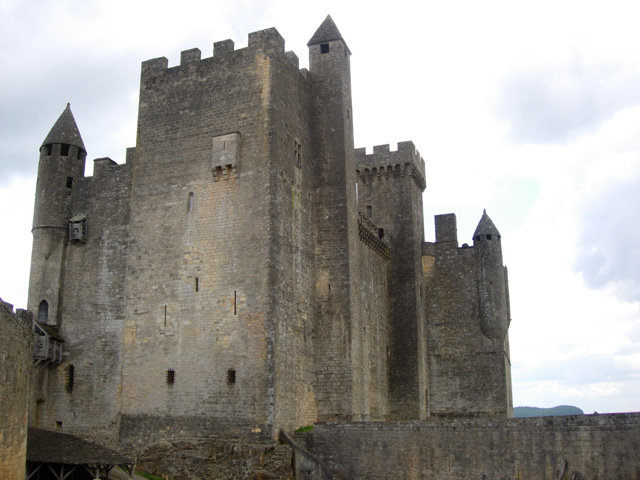 Location: Beynac-et-Cazenac, in the Dordogne departement of France (Aquitaine Region).
Built: 12th century.
Condition: Restored.
Ownership / Access: Lucien Grosso.
ISMH Reference Number: PA00082380
Notes: The Château de Beynac is a castle situated in the commune of Beynac-et-Cazenac, in the Dordogne département of France. The castle is one of the best-preserved and best known in the region. This Middle Ages construction, with its austere appearance, is perched on top of a limestone cliff, dominating the town and the north bank of the Dordogne River.The castle was bought in 1962 by Lucien Grosso who has restored it. Visitors to the castle can see sumptuous tapestries showing hunting and other scenes from the lives of the lords of the period. The Château de Beynac has been listed as a monument historique by the French Ministry of Culture since 1944. Beynac castle has served as a location for several films, including Les Visiteurs by Jean-Marie Poiré, in 1993, La Fille de d'Artagnan by Bertrand Tavernier, in 1994, Ever After by Andy Tennant, in 1998, and Jeanne d'Arc by Luc Besson, in 1999. The village of Beynac below the chateau, also served as a location for the film Chocolat by Lasse Hallström, in 2000.

How To Get To Château de Beynac (Map):