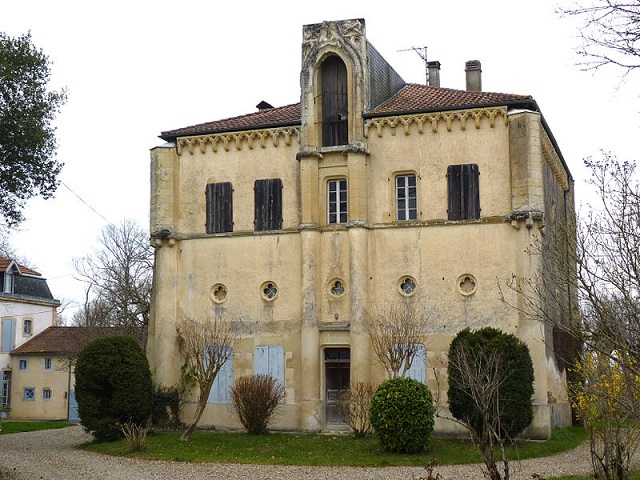 Location: Baigts,, in the Gironde departement of France (Aquitaine Region).
Built: 14th century.
Condition: Ruins.
Ownership / Access: Private property.
Notes: The castle of Beyrie is located in the commune of Baigts, in the French department of Landes. It should not be confused with the castle of Beyries, another monument of the Landes.The castle of Beyrie is built on the ruins of a fourteenth-century castle. It is on the map of Cassini of 1771. The castle is the seat of the cavern of the lords of Caupenne, Beyrie was a domain of 144 ha of a single tenant exploited by ten sharecroppers. The history of Beyrie is closely linked to that of Auguste Dupeyrat, owner of the estate in the nineteenth century, founder and director of a farm experimental school. He built there, from 1849 to 1855, a strange building called "the reserve" which adjoins the outbuildings of the castle. Today the castle of Beyrie is the property of the family of Barbeyrac of Saint Maurice.

How To Get To Château de Beyrie (Map):