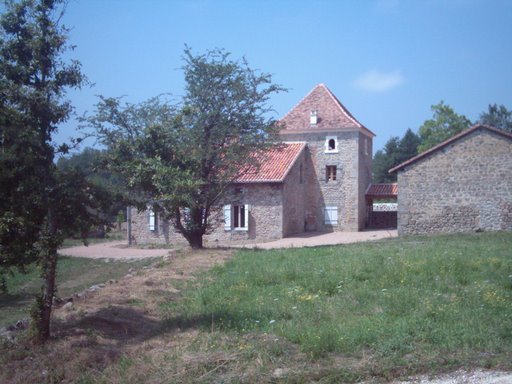 Location: Briaudet, in the Lot-et-Garonne departement of France (Aquitaine Region).
Built: --.
Condition: --.
Ownership / Access: --.
Notes: The castle of Brieudet is an old castle that belonged among others to the d'Albret. It is located at the place called Le Briaudet, in the town of Saint-Estèphe in the canton of Nontron and the French department of the Dordogne.Formerly spelled Le Brieudet and sometimes Le Briodet, it is set back from a picturesque route that joins Augignac, to the south of the pond of Saint-Estèphe with its curiosity of Roc Branlant. The Chateau de Puyrazeau, the main appanage of the Verneilh, Stephen's mother's family, is located on the town of Piégut-Pluviers. In the eighteenth and nineteenth centuries he left his name to an old family of lords from Nontron, the Authiers.