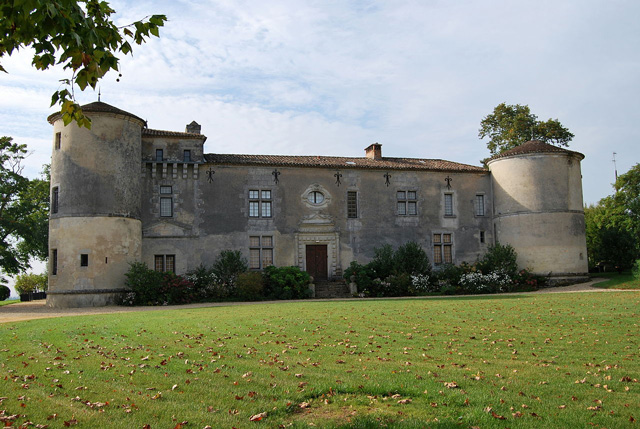 Location: Saillans, in the Gironde departement of France (Aquitaine Region).
Built: 14th century.
Condition: Ruined.
Ownership / Access: Privately owned.
ISMH Reference Number: PA00083904
Notes: Château de Carles is a castle located in the municipality of Saillans, Gironde. Construction the present castle began during the Hundred Years War, in the early fourteenth century. The oldest part is the square tower South - there were two originally - tower crowned with battlements that support a walkway. On the northern front, two big loopholes pierced round towers date from this time. The sculpted façade north is after nearly a century. The castle is the subject of a registration as a historic monument since December 18, 1991.

How To Get To Château de Carles (Map):