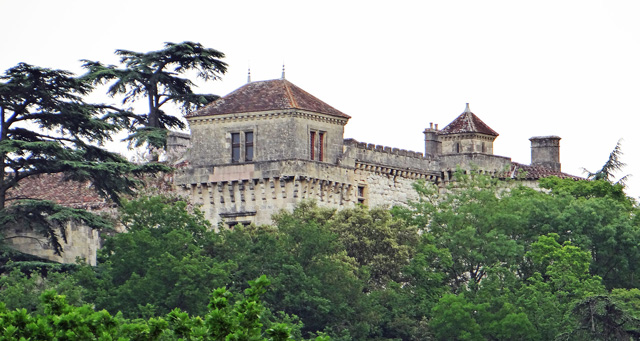 Location: Bon-Encontre, in the Lot-et-Garonne departement of France (Aquitaine Region).
Built: 13th century.
Condition: In good condition.
Ownership / Access: Privately owned.
ISMH Reference Number: PA00084080
Notes: Château de Castelnoubel is a fortress on a promontory above the valley Mondot in Saint-Denis Lasgourgues near Bon-Encontre. The promontory where was raised this castle was occupied from the tenth or eleventh century. Construction of the present palace began in the late thirteenth century. Perhaps he succeeded a castrum with wooden fences lining the cliffs. It is mentioned in the oath of allegiance to the baylie Puymirol lieutenant of the King of France, in 1270. The oath gives the boundary between baylie Puymirol and that of Agen which included the castle. There remains almost nothing thirteenth century castle that has been replaced by one built in the fourteenth century.