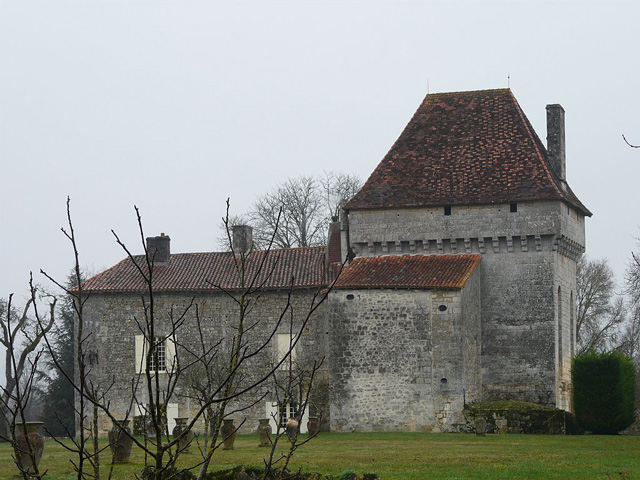 Location: Chapdeuil, in the Dordogne departement of France (Aquitaine Region).
Built: 14th to 16th century.
Condition: Ruined.
Ownership / Access: Privately owned.
ISMH Reference Number: PA00082478
Notes: Château de Chapdeuil is a French château located in the municipality of Chapdeuil, in the Dordogne, in the Aquitaine region. It is under protection as historical monuments. Castle Chapdeuil is known from the twelfth century. From this time remains only the ground floor of the dungeon and moat. The keep was built in the fourteenth, fifteenth or sixteenth century. To the west, the building that hides the outside staircase to access the upper levels of the tower could date from the seventeenth century, as the house. The castle was partially destroyed during the Revolution and his house is restored in the nineteenth century.