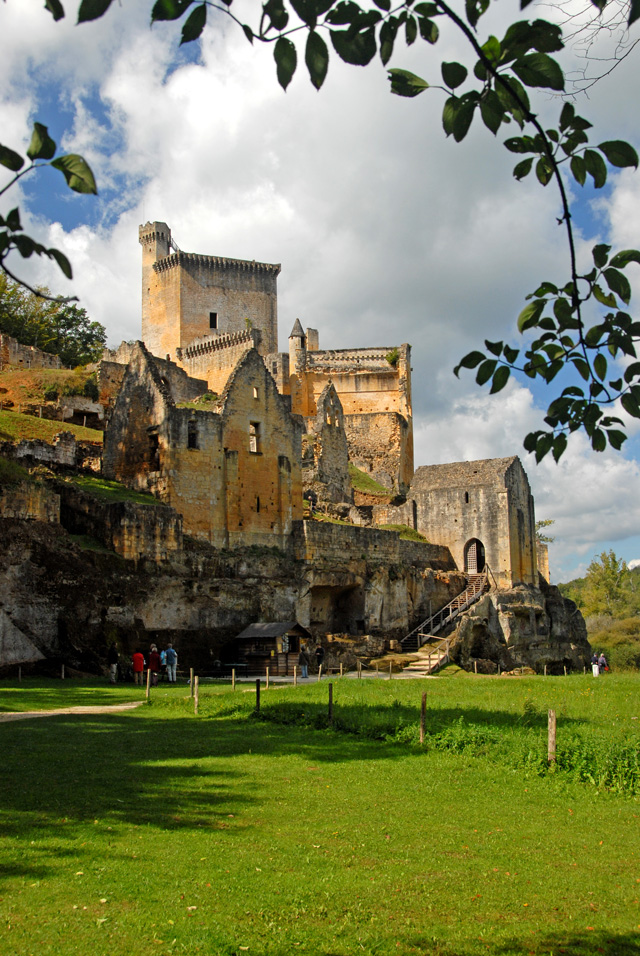 Location: Les Eyzies-de-Tayac-Sireuil, in the Dordogne departement of France (Aquitaine Region).
Built: 12th Century.
Condition: Undergoing restoration since 1994.
Ownership / Access: Privately owned.
ISMH Reference Number: PA00082535
Notes: The Château de Commarque is a castle located between Sarlat and Les Eyzies, in the commune of Les Eyzies-de-Tayac-Sireuil in the Dordogne département, southern France. It stands on a rocky outcrop in the valley of the river La Beune in the Vezere valley region.The castle was founded during the 12th century, or possibly slightly prior to it, upon the request of the abbots of Sarlat. At this time the Château de Commarque was only a wooden tower, and its primary concerns were to discourage the ambitions of the Beynac family and to insure the safety of the valley. It was placed at the crossing of two important commercial roads: the road from Périgueux to Cahors and the road from Brive-la-Gaillarde to Bergerac. After the Beynac family took the control of the castle, the wooden tower was replaced by a stone keep. The fortification was enhanced, and the keep was gradually heightened until the 18th century. The Beynacs, lords of the area, dwelt in the keep. During the Hundred Years' War, it was captured by the English who held the place for several years. Later during the French Wars of Religion, the castle was taken by the Catholics, due to the Beynacs being Protestant partisans. There is a prehistoric cave under the castle.

How To Get To Château de Commarque (Map):