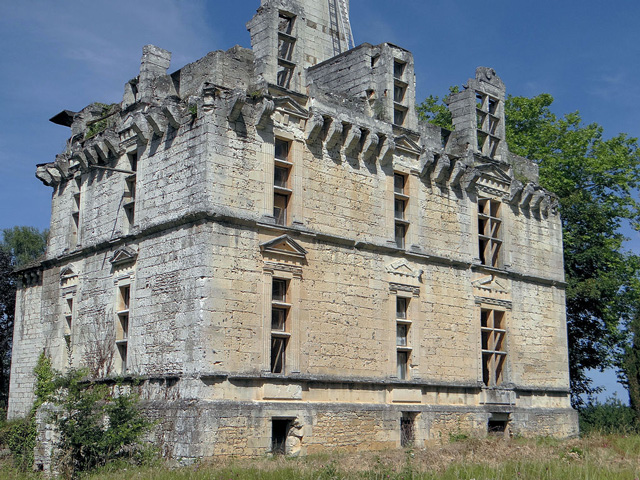 Location: Saint-Cyprien, in the Dordogne departement of France (Aquitaine Region).
Built: 15th, 16th century.
Condition: Ruined.
Ownership / Access: Privately owned.
ISMH Reference Number: PA00082822
Notes: Château de Fages is a French castle in Saint-Cyprien in the Dordogne in the Dordogne. It is under protection as historical monuments. The building was abandoned in the late nineteenth century and became the prey of the wreckers. No text allows to specify when the construction of the Renaissance pavilion began. The castle is being restored by the church backup association Castels and Castle Fages. The chapel and castle ruins are listed as historical monuments since April 13, 1933 and the Renaissance pavilion is ranked 9 September 1965.