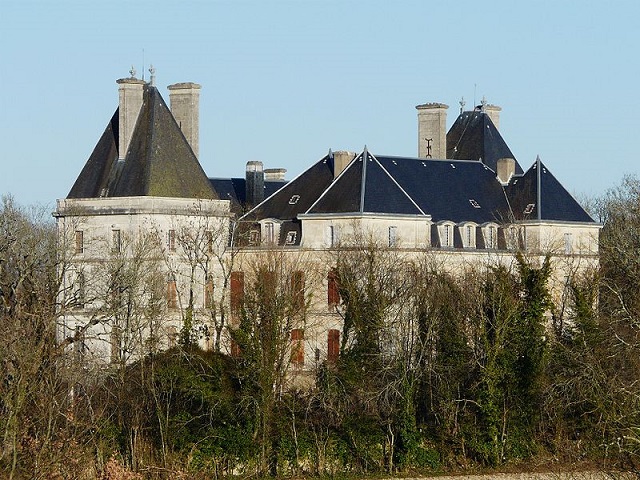 Location: Dordogne departement of France (Aquitaine Region).
Built: 15th century.
Condition: In good condition.
Ownership / Access: --
ISMH Reference Number: PA00083021
Notes: The Château de Fayolle is a château in Dordogne, Aquitane, France.The castle, located west of the Dordogne department, France consists of two parallel logis joined by lateral walls and terminated at each end by protruding pavilions The castle has been registered as a historical monument by the French Ministry of Culture since 1969.The castle was attacked many times during the hundred years war and in the 15th century was burned by the troops of the Lords of Bourdeille.The current Castle is the result of two successive periods of re-construction, the first in 1766 under direction of the architect Chauvin and the second, at the end of the 19th century, is the work of architect Léon Drouyn. The chapel which dates from this second phase houses the pectoral Cross and chalice of the former abbot of Chancelade, Alain de Solminihac.