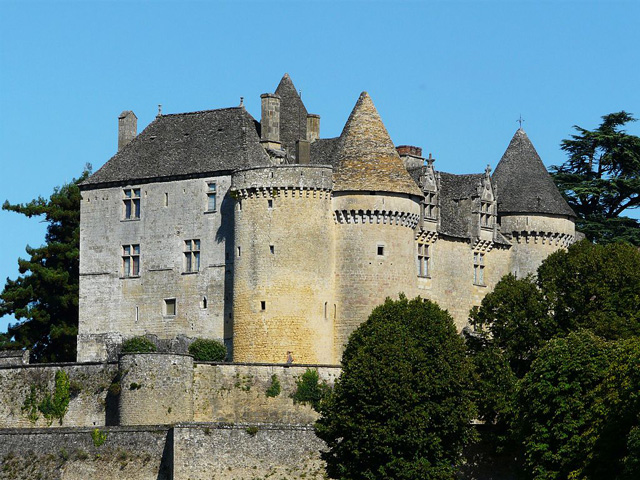 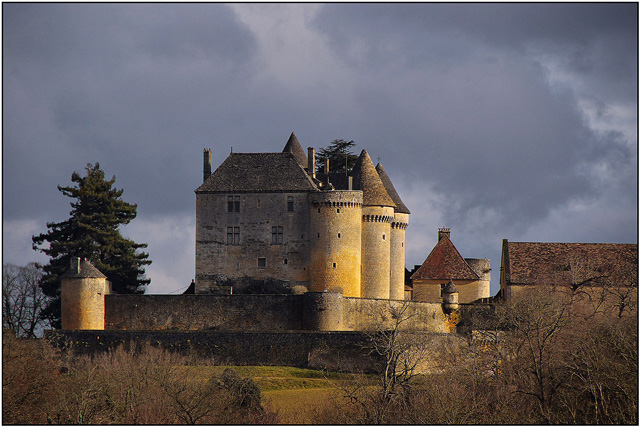 Location: Sainte-Mondane, Dordogne departement of France (Aquitaine Region).
Built: 12th-13th century.
Condition: In good condition.
Ownership / Access: Private property.
ISMH Reference Number: PA00082878
Notes: Château de Fénelon is a French château located in the commune of Sainte-Mondane in Dordogne, in the Aquitaine region. It was built in the twelfth century and changed the fourteenth, sixteenth and seventeenth centuries. The oldest visible parts of the castle date back to the twelfth century but a first castle was already around the year 1000. Cathar Castle will become a landmark in the twelfth century and the thirteenth century. In 1360, by the Treaty of Brétigny, the castle became subservient to the crown of England. In 1375, the French by force. The future Archbishop of Cambrai, François de Salignac de La Mothe Fenelon said Fenelon born at the castle in 1651. At the French Revolution, the castle serves as silk. In 1966, after the passage of a supersonic aircraft, one of the towers of the southern wall collapses. The Fenelon Castle is in the Dordogne, south-east of the Dordogne. Overlooking the valley of the Dordogne, it is located on a hill, a kilometer east of the village of Sainte-Mondane in a listed site since 1951 on more than 14 hectares. This is private property open to visitors. Listed building in 1927, it is classified in 1962. Three external dependencies to the castle are also listed since 1962: farm Condamine, the house of the nurse and the farm of Fraysange.

How To Get To Château de Fénelon (Map):