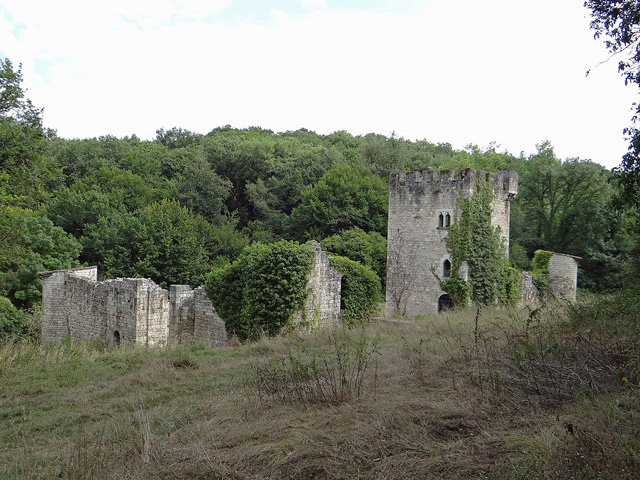 Location: Castella, Lot-et-Garonne departement of France (Aquitaine Region).
Built: First mentioned in 1259.
Condition: Ruins.
Ownership / Access: Owned by a Private Company.
ISMH Reference Number: PA00084281
Notes: Château de Fontirou is a castle, situated on the territory of the town of Castella, the locality Fontirou at the foot of the hill of the Truffle. The history of the manor of Fontirou is not well known. According J.-R. Mauboutin, the castle was first mentioned in 1259 as the place of Monboira, variant Monberols which designated Parish Fontirou. This seignerie belonged to Armand Fauguerolles and his brother, Gaufred. Fontirou is still cited as the Monberols in the loyalty oath that made the baylie Penne to the King of France, in 1271. The Pierre Latour eldest son's name is also Peter. He married in 1710 with Marie Gades. It has been several times consul Agen. He had three children, Gerald, Mary and Daisy. Geraud de Latour died without issue on 10 May 1753. The castle Fontirou happened to his sister Marguerite, married to Armand de Sevin. Sevin family retained the castle until 1861. The castle was abandoned in the early nineteenth century. The land registry of 1820 shows all the elements existing on that date. Most of the buildings then disappeared, except the dungeon. All vestiges of the castle was listed historical monument May 30, 1990.