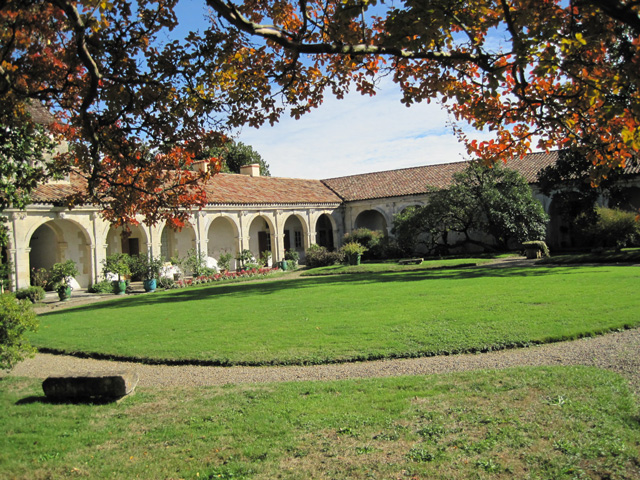 Location: Gaujacq, in the Landes departement of France (Aquitaine Region).
Built: 1686.
Condition: In good condition.
Ownership / Access: Privately owned. Open to the public.
Notes: Château de Gaujacq is a stately seventeenth century, built by a lieutenant general of the armies of Louis XIV. Located in the municipality of Gaujacq, in the French department of the Landes, it is a listed building February 13, 2002. The Castle Gaujacq occupies the site of a proto-historic camp housing a Gallo-Roman settlements and then a médiévale3 pregnant nearby the confluence of the Luy de Béarn and the Luy de France which form the Luy. The courtyard is organized around the arcades of a cloister, which has never seen nor monk or nun. This courtyard and the garden have beautiful specimens of magnolias two centuries old, a rare persimmon and photinia serrulata, two exotic trees that were certainly the first planted in France there are two years6 cents. The greenery that surrounds this architectural gem is the work of John and Frédérique Thoby. Horticulturist and botanist Nantes, Jean Thoby and his family arrived in Chalosse in 1985. Their Planetarium, created in 1986 and opened in 1993, now has 3,000 plant species. All are not yet visible, because all of this collection, which covers several hectares, is not yet finished. The past is a solid reference to Gaujacq, both for the castle for the yard, garden and Planetarium. This explains that chemical fertilizers and pesticides have never crossed the boundaries of the property. In the spirit of the horticulturist and botanist, advocating a "natural and intelligent culture," it would be offensive to the memory of gardeners centuries. The choice is therefore consist exclusively of plants adapted to the climate and soil of the region, and only natural fertilizers are used.

How To Get To Château de Gaujacq (Map):