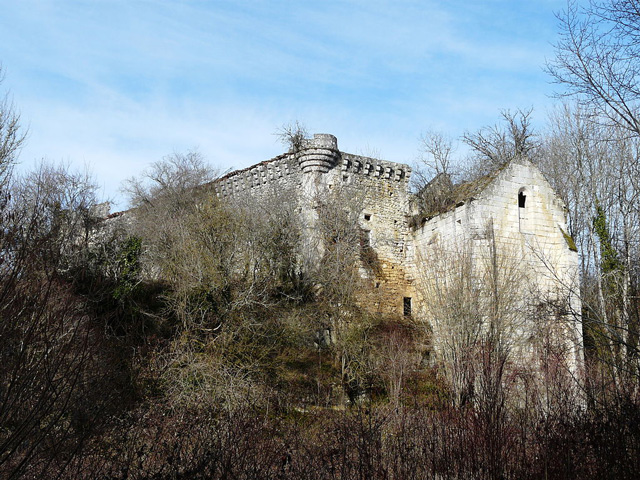 Location: La Tour-Blanche, Dordogne departement of France (Aquitaine Region).
Built: 13th-14th century.
Condition: Ruined.
Ownership / Access: Private property.
ISMH Reference Number: PA00083023
Notes: Château de Jovelle is a French castle in ruins located in the municipality of La Tour Blanche in the Dordogne, in the Aquitaine region. It is under protection as historical monuments. The Jovelle Castle is northwest of the Dordogne. in the municipality of La Tour Blanche, north of the provincial road 84, between Verteillac and La Tour Blanche. This is private property. Partly hidden by vegetation that has taken possession of the premises, the castle ruins are listed as historical monuments June 24, 1948. The castle Jovelle is a castle which was built in the thirteenth or fourteenth century. In the fourteenth century, during the Hundred Years War, it would have served as housing Black Prince. In the following century, it houses several months the headquarters of the King of France, Charles VII. The home was remodeled in the seventeenth century. During the Revolution, an important part of the walls is destroyed.