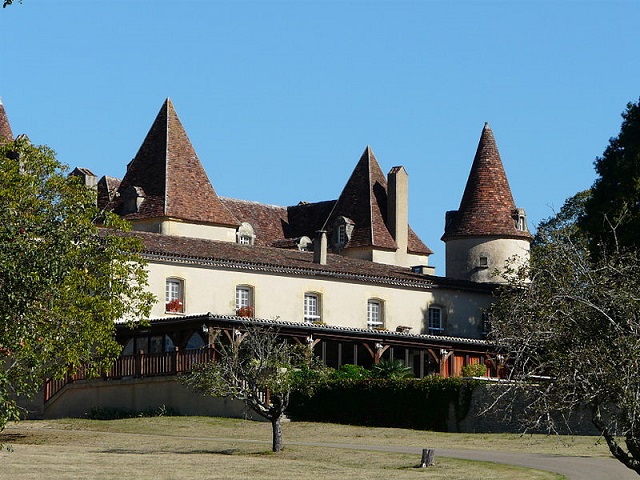 Location: Lalinde, in the Lot-et-Garonne departement of France (Aquitaine Region).
Built: 15th century.
Condition: --.
Ownership / Access: Private property.
Notes: The castle of La Finou, or castle of Laffinoux, is a French castle located in the commune of Lalinde in the department of Dordogne, in Aquitaine-Limousin-Poitou-Charentes region.The castle of La Finou is an ancient noble dwelling. Successive ownership of the Villardey, Espaigne, Blanc de Lauvezin, La Cropte and Valletta families was acquired at the end of the 19th century by the tragedian Hilarion Ballande, who built an outdoor theater there. The castle was bought by the LIARD family after 1945 which began its renovation in the 1960s and then sold it back in the 1970s to the former O.R.T.F. To become a holiday center. The different parts of the edifice were built between the fifteenth and eighteenth centuries. The estate has been converted into a holiday center. Indeed, many vacationers come to recharge there every summer in this area which for them is unique.