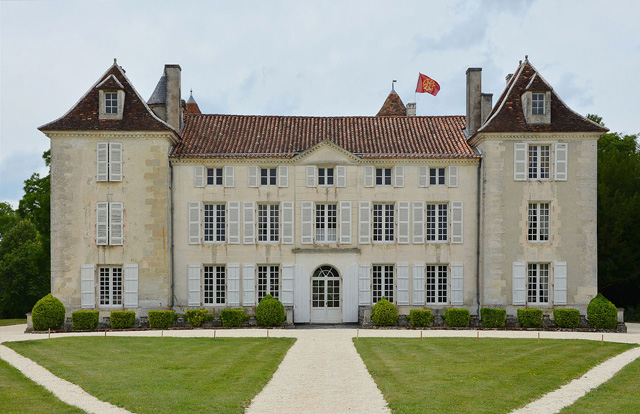 Location: Verteillac, in the Dordogne departement of France (Aquitaine Region).
Built: 15th century.
Condition: In good condition.
Ownership / Access: Privately owned.
ISMH Reference Number: PA00082793
Notes: Château de la Meyfrenie is located in the town of Verteillac in the Dordogne. The castle was built on an ancient noble den of the fifteenth century attributed to Pontbriand. In 1510, William the Meyfrenie transforms the castle. In the seventeenth century, it was remodeled and in the eighteenth century, the eastern side was rebuilt in classical facade with addictions face it forming courtyard. A fire destroyed a large part of the castle in 1820 and, in 1821, Jean-Antoine Pasquy of Cluseau spear reconstruction. The monument is the subject of a registration as a historic monument since March 5, 1998.