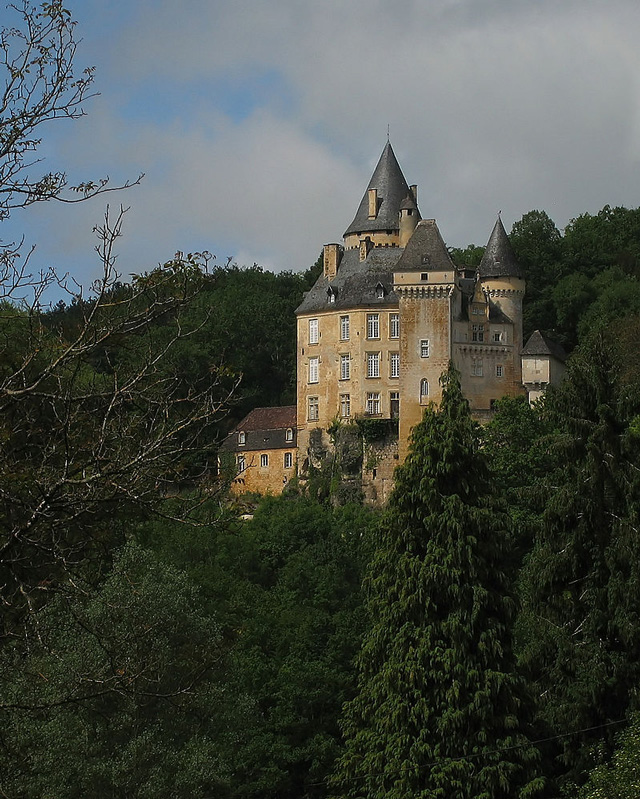 Location: Périgord, in the Dordogne departement of France (Aquitaine Region).
Built: 12th century.
Condition: In good condition.
Ownership / Access: Privately owned.
ISMH Reference Number: PA00082643
Notes: Château de la Roque, or the château de la Roque des Péagers, is a château located in Meyrals in the Périgord in the Dordogne, Aquitane, France. It was constructed in the 12th century, or before. The archbishop of Paris Christophe de Beaumont (1703-1781) was born in this château and was later sent in exile to it by Louis XV for having tried to convince him to give up his mistress Madame de Pompadour. The château was enrolled as an historic monument November 5, 1927 and the frescoes from the 16th century decorating the oratory were classed on October 1, 1963. The château de la Roque was built on a defensive site over top of ancient caves on the flank of a steep hill which dominates the valley of the Moulan River, today an inconspicuous stream. Access to the interior courtyard is through an entrance châtelet. The different parts of the château are topped by a slate roof and enclose a courtyard with round towers.