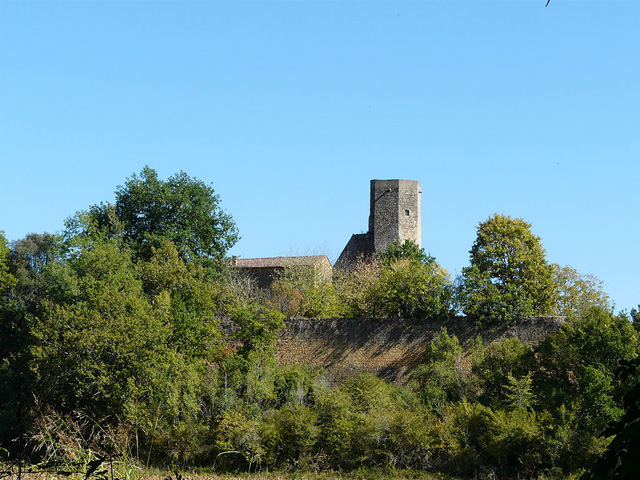 Location: Lalinde, in the Dordogne departement of France (Aquitaine Region).
Built: 13th century.
Condition: In good condition.
Ownership / Access: Private property.
ISMH Reference Number: PA00082643
Notes: Château de la Rue is a French château located in the municipality of Lalinde in the Dordogne, in the Aquitaine region. Its oldest parts date back to the thirteenth century. It is under protection as historical monuments. Established on an artificial motte, Castle Street is located in the Purple Perigord, south of the Dordogne. the town of Lalinde, north of the village of Drayaux. His name, street, comes from near an ancient passage axis running through the village. This is private property. The castle is listed as historical monuments 12 October 1948.

How To Get To Château de la Rue (Map):