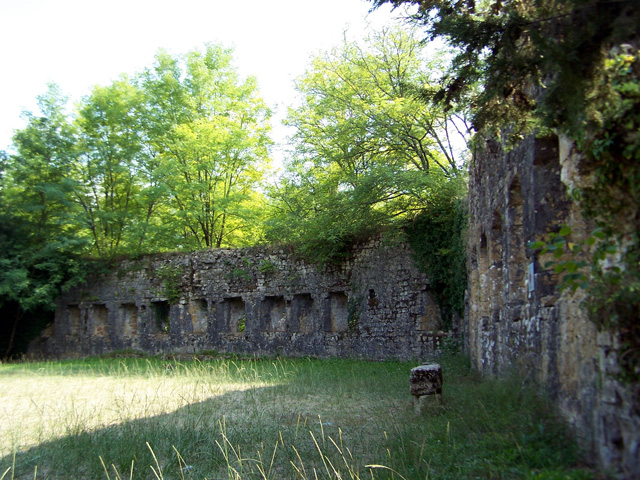 Location: Préchac, in the Gironde departement of France (Aquitaine Region).
Built: 14th century.
Condition: Ruin.
Ownership / Access: Privately owned.
ISMH Reference Number: PA00083677
Notes: Château de la Trave is located in the municipality of Préchac (Gironde) Aquitaine region. Built in the early fourteenth by Arnaud Bernard Preyssac, the castle towers over the left bank of Ciron Gorges. The origins of ruin are unclear: it was destroyed in 1456 by order of Charles VII after the arrest of its owner, Peter Montferrand2, rallied to the English during the Hundred Years War. The castle has also been ravaged during the wars of religion in the seventeenth. Its rectangular enclosure, protected by moats, provided at each corner of a square tower. At its center stood the dungeon of which nothing remains today only one wall. Access is free and open. The remains are the subject of a registration under historique Monuments since December 22, 1987.