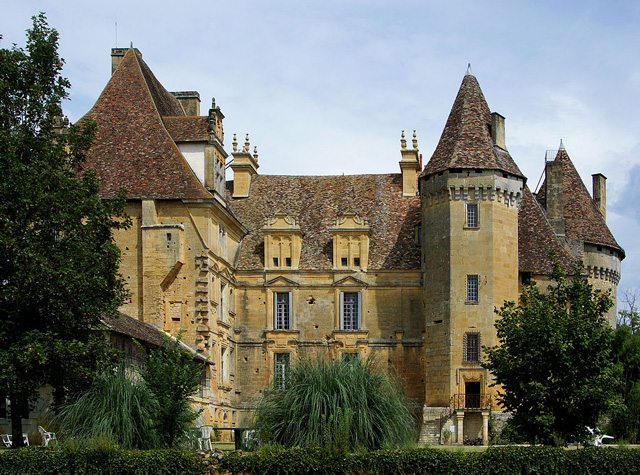 Location: Lanquais, in the Dordogne departement of France (Aquitaine Region).
Built: 15th-16th Century.
Condition: In good condition.
Ownership / Access: Privately owned.
ISMH Reference Number: PA00082605
Notes: Château de Lanquais is located in the town of Lanquais in the French Dordogne. It dates from the fifteenth and sixteenth centuries. It was classified as historical monuments on 8 July 1942 and 14 September 2010. Built in the Perigord Purple, the castle of Lanquais is called "the unfinished Louvre of Périgord" 2 and can be visited.

How To Get To Château de Lanquais (Map):