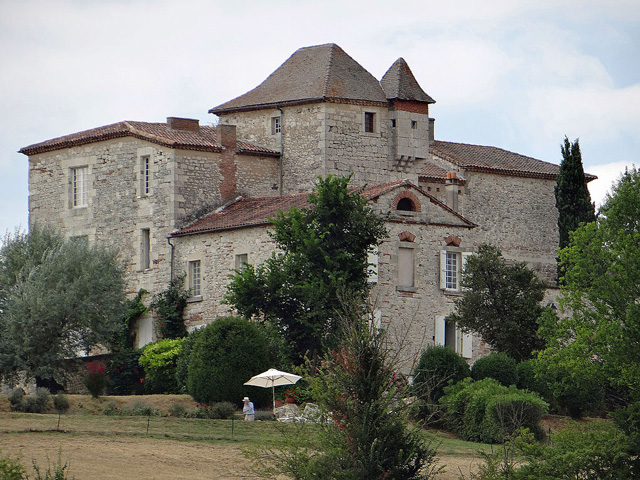 Location: Trentels, in the Lot-et-Garonne departement of France (Aquitaine Region).
Built: 14th century.
Condition: Ruined.
Ownership / Access: Privately owned.
ISMH Reference Number: PA00084259
Notes: Château de Laval was built in the territory of the town of Trentels. The Valens coseigneurs Casseneuil, are owners of the manor of Aygues-Vives and probably the Laval castle from the fourteenth century. A tower of 6 meters in the work was first built. A rectangular building was added to it. In 1469, François Valens exchange Castle Laval Bernard Albert. In the early seventeenth century, a quadrangular building was added as an extension of the house. A tower was added off-work in which is built a staircase-sur-ramp. The court is closed. The castle changed ownership in the seventeenth and eighteenth centuries until the redemption of the castle by Albert François de Laval in 1766. In 1796 the castle was sold to Pierre François Paul Delcy. The castle is seized at the Revolution to Joseph Albert Laval. He probably built or restructure the side wings. The general provisions of the castle have not changed since 1830. Château de Laval was registered historic monument November 19, 1976.

How To Get To Château de Laval (Map):