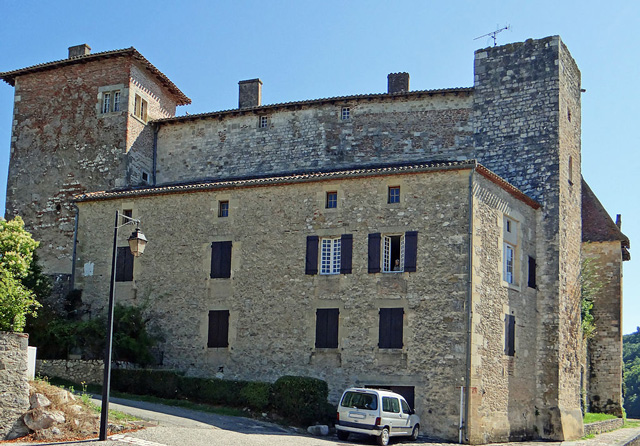 Location: Trentels, in the Lot-et-Garonne departement of France (Aquitaine Region).
Built: 14th, 15th, 17th century.
Condition: In good condition.
Ownership / Access: Owned by a Private Company.
ISMH Reference Number: PA00084260
Notes: Château de Lustrac was built in the territory of the town of Trentels, Lot-et-Garonne. Castle allowed to monitor the Lot and the mill Lustrac. The castle remained the property of the family Scorbiac until the Revolution. It was probably then that the towers are découronnées. The castle remains abandoned until it was purchased in 1891 by Joseph Meynot (1836-1899) 5, former mayor of Agen. A building is built against the façade of the west wing of the castle. A sawmill was installed in the castle courtyard. The castle was bought in 1963, the mill in 1973. The castle has been completely restored and elevated towers. The castle was registered as historical monuments on 1 February 1988.