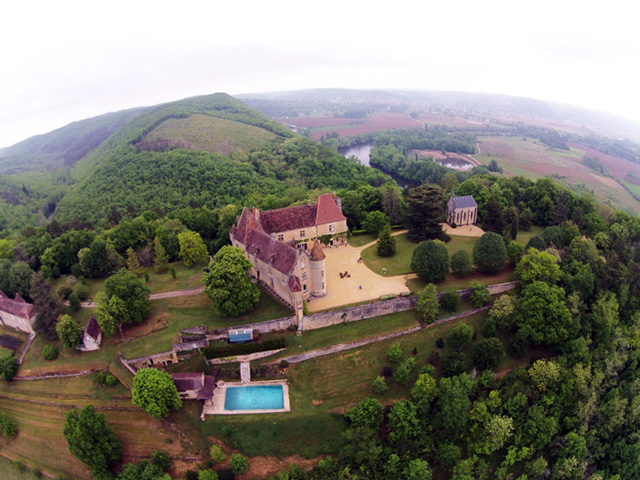 Location: Mouzens, in the Dordogne departement of France (Aquitaine Region).
Built: 14th century.
Condition: In good condition.
Ownership / Access: Owned by a Private Company.
ISMH Reference Number: PA00082707
Notes: Château de Monsec is a French château located in the municipality of Mouzens, in Dordogne, in the Aquitaine region. The castle, outbuildings and park are under protection as historical monuments. Construction of Monsec castle begins in the first half of the fourteenth century on older foundations. After an initial registration of the castle as historical monuments June 8, 1978 for its facades and roofs alone, the castle, outbuildings (chapel, common, etc.) and its park are enrolled in full on 1 March 2005.

How To Get To Château de Monsec (Map):