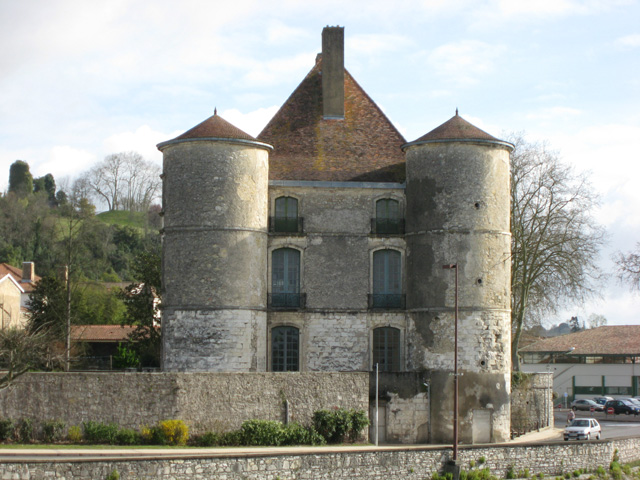 Location: Peyrehorade, in the Landes departement of France (Aquitaine Region).
Built: 16th century.
Condition: In good condition.
Ownership / Access: Now the town hall of Peyrehorade.
ISMH Reference Number: PA00082633
Notes: Château de Montréal, also called castle of Orthe, is located in the town of Peyrehorade, in the French department of the Landes. It is listed as a historical monument by decree of 24 January 1947 and 15 June 2012. In the four corners of the building of the sixteenth century are sturdy round towers. Former residence of the viscounts of Orthe the country, he was successively a military hospital, a convent and a technical college. Today is the City Hall of Peyrehorade.