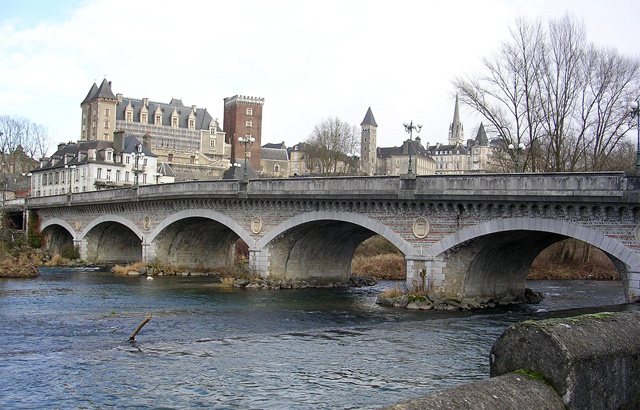 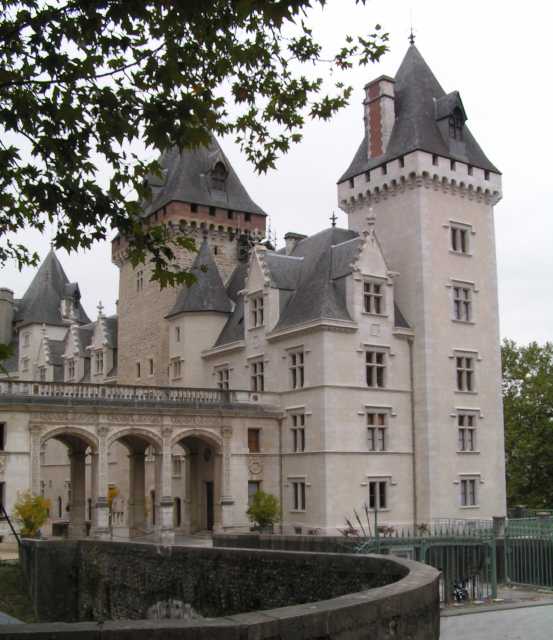 Location: Pau, in the Pyrénées-Atlantiques departement of France (Aquitaine Region).
Built: Middle Ages.
Condition: In good condition.
Ownership / Access: Now a museum.
ISMH Reference Number: PA00084483
Notes: The Château de Pau (English: Pau Castle) is a castle in the centre of Pau, the capital of Pyrénées-Atlantiques and Béarn. King Henry IV of France and Navarre was born here on December 13, 1553. The château is located in the centre of Pau and dominates that quarter of the city. It was once used by Napoleon as a holiday home during his period of power. It has a small garden that was tended by Marie Antoinette when she spent much of the summer in the city.Pau Castle was founded in the Middle Ages. Work before any military, is a castle typically built on top of the hill overlooking the Gave bounded by ravine Hédas. Since its construction, the castle takes on a symbolic importance: providing a stockade (poor, in Bearn) designate, by metonymy, the city itself. These piles, symbolizing loyalty and righteousness, are each asaxis mundiin a version of béarnaise. In the twelfth century Gaston IV of Béarn built three towers at the fortress. They are called Mazères Billère and Montauser.Then the castle became a presidential residence in the Republic. It is currently a National Museum which houses the works preserved from the days of Henry IV and especially during the restoration made by Louis-Philippe. The collections are increasing every year around the theme Henricians. It currently hosts over 100,000 visitors annually, making it the most visited heritage site of Pyrénées-Atlantiques.

How To Get To Château de Pau (Map):