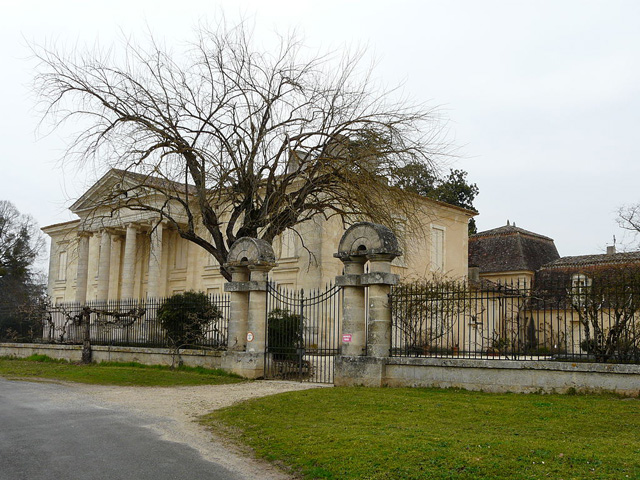 Location: Saint-Seurin-de-Prats, in the Dordogne departement of France (Aquitaine Region).
Built: 16th-17th century.
Condition: Ruined.
Ownership / Access: Privately owned.
ISMH Reference Number: PA00082900
Notes: Château de Prats is a French château located in the municipality of Saint-Seurin-de-Prats in the Dordogne, in the Aquitaine region. It is registered as historical monuments. Château de Prats is in west of the Dordogne, in the locality of Prats, in the municipality of Saint-Seurin-de-Prats. It is a private property overlooking the Dordogne right bank, opposite the town of Juillac Gironde. The initial mansion built late sixteenth - early seventeenth century, still four windows located on the north façade common. These common, located northeast and east of the castle, are wearing mansard roofs. The castle, east-west and rectangular, was transformed in the late eighteenth century, and its south facade was redone in the beginning of the next century Palladian style. The main facade has at its center a portico topped by a triangular pediment that support four Doric columns. south side, along the road along the Dordogne, the area is protected by Empire-style grilles. Access to the area can be done by three portals of which the outer two are framed by stone pillars probably dating from the Restoration. The castle is listed as historical monuments since October 30, 1963 for its facades and roofs.