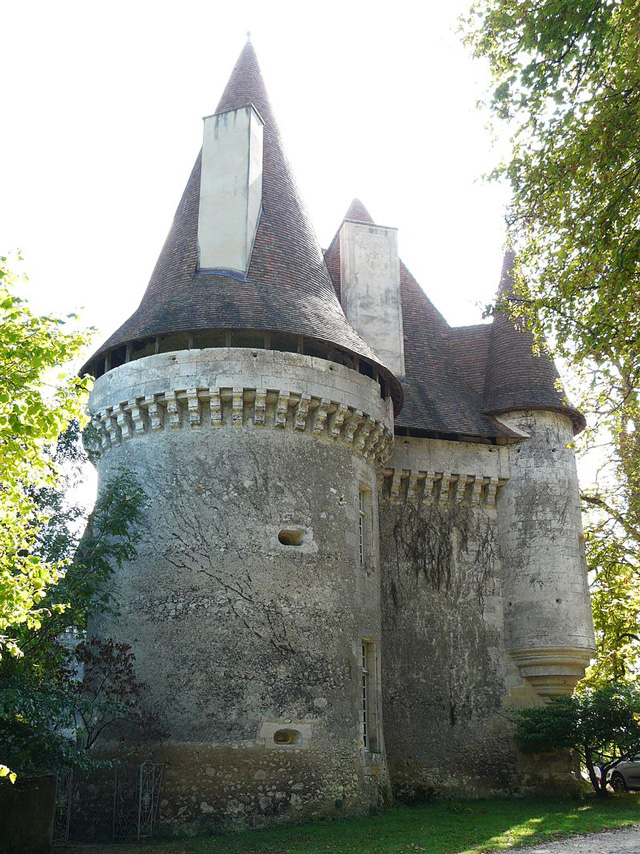 Location: Saint-Astier, in the Dordogne departement of France (Aquitaine Region).
Built: 15th century.
Condition: Ruined.
Ownership / Access: Mr. and Mrs. Marzat.
ISMH Reference Number: PA00082803
Notes: Château de Puyferrat is a French château located in the municipality of Saint-Astier in the Dordogne, in the Aquitaine region. The Puyferrat site was originally part of the manor of Beauronne which belonged to Talleyrand, counts of Grignols and in the twelfth century, the cluzeaux (underground refuges) were dug. It would have existed in the fifteenth century an ancient noble den which there remains nothing and the current construction of the sixteenth century would be a reconstruction. In the sixteenth century, the fief passes to the family Delaporte, a native of Puy Saint Front in Périgueux, and Bertrand Delaporte built the present castle to be completed in the following century by his son Bernard. During the Wars of Religion, the castle was in January 1591 at the hands of the Protestants, like those of Puy-Saint-Astier and Crognac, which will be their all taken the same year. Maréchal family until 1955, then Ms. Rosenberg until 1998, finally Mr. and Mrs. Marzat are alternately site owners. Château de Puyferrat was classified as historical monuments in 1862. This list visit the summer (July to September, Tuesday to Friday).

How To Get To Château de Puyferrat (Map):