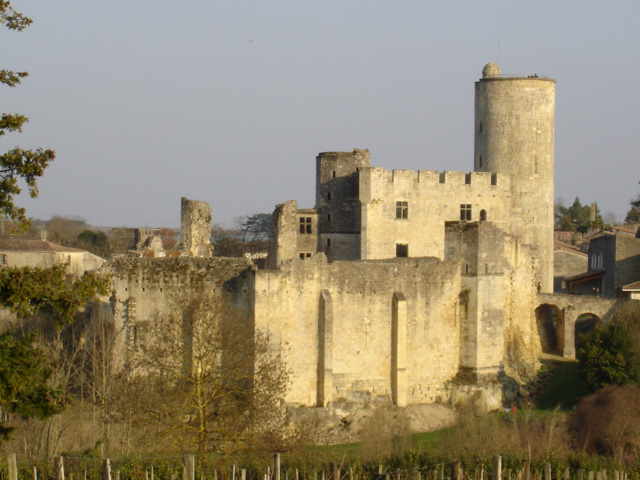 Location: Rauzan, in the Gironde departement of France (Aquitaine Region).
Built: 13th century.
Condition: Restored.
Ownership / Access: Owned by the town of Rauzan.
ISMH Reference Number: PA00083693
Notes: Château de Rauzan is located in the town of the same name, in the French department of Gironde. Built by John Lackland, Duke of Normandy (1199-1204), Duke of Guyenne (1199-1216) and King of England from 1199 to 1216, the castle was built on a rock occupied since ancient times. Witness the Hundred Years War, the castle of Rauzan was caught twice by the French, which Bertrand Duguesclin in 1377. Ranked in 1862 by historical monuments, it is reborn in the minds until 1970 when the town of Rauzan, owner since 1900, and some enthusiasts of medieval architecture undertake brushcutting and recovery and finally the wall surrounding the yard is registered historical monument in 1993. Rauzan then passed to the Durfort de Duras who are moving away. Bordeaux same extract quarry stones of the building (for cutting tombstones) and blocks of rock that serves as its base, causing the fall of the northern part of the castle. The ruins became in 1819 the property Chastellux before the municipality acquired it in 1900.

How To Get To Château de Rauzan (Map):