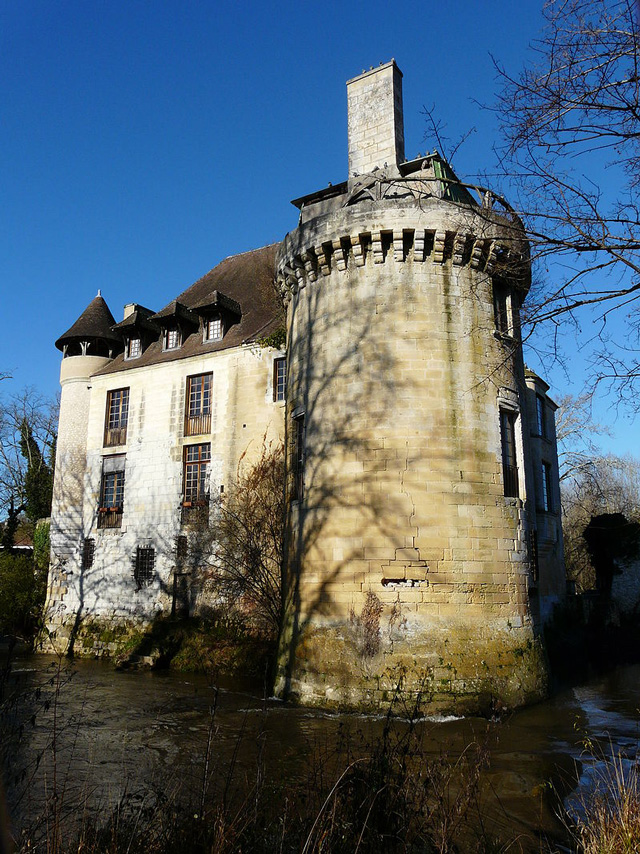 Location: Bassillac, in the Dordogne departement of France (Aquitaine Region).
Built: 16th-17th century.
Condition: Ruined.
Ownership / Access: Private property.
ISMH Reference Number: PA00082337
Notes: Château de Rognac is a French château located in the municipality of Bassillac in the Dordogne, in the Aquitaine region. The present castle was built in the sixteenth and seventeenth centuries and was the basis for the insurgents during the Fronde in the middle of the seventeenth century. The mill, built with materials from the ancient walls, dates from the late seventeenth century. Rognac The castle is located in the center of Dordogne, one kilometer north-east of the town of Bassillac on the edge and on the left bank of the Isle along the northeast. A bypass Isle allows water to bypass the castle, creating a moat. North of the island formed was installed a mill which included watchtowers. It is now in ruins. Château de Rognac consists of a large round tower that serves as a launching nose to the building and that underpins two houses joined together at right angles. Château de Rognac and the mill are registered as historical monuments since July 12, 1945. This is private property converted into houses in the summer.