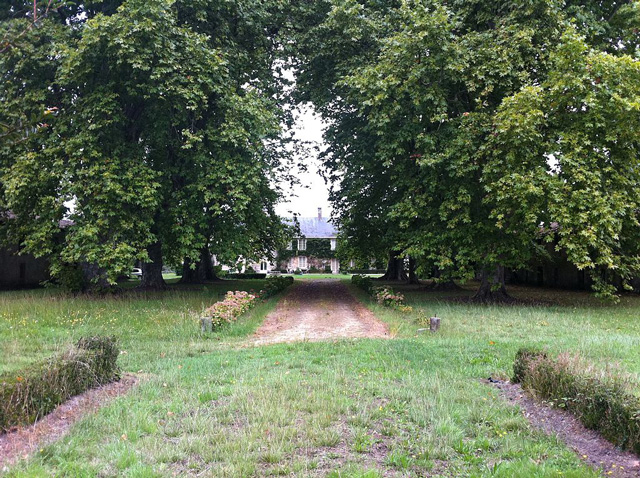 Location: Teich, in the Gironde departement of France (Aquitaine Region).
Built: 15th,19th century.
Condition: In good condition.
Ownership / Access: Privately owned.
ISMH Reference Number: PA00083852
Notes: Château de Ruat is a castle in the commune of Teich, Gironde. Originally, the castle Techys was an element of the defense system of the Bassin d'Arcachon, between the castles of La Teste and of course, properties Captaux Buch. In 1300, the first of Rufat Artiguemal, becoming vassal of Peter Amanieu Bordeaux Captal de Buch, receives in exchange for his loyalty and of a spearhead in gold, small stronghold compound Techys castle and land to surroundings. He thus gave his name to the castle, Rufat Ruat or (f Gascon being sucked) meaning red-haired or spiky (derived from the Latin Rufatus Rufus). His son Jules was then raised with the Prince Imperial, who continued to come to Ruat with his mother the Empress Eugenie. General Lamothe built the station on his land to accommodate the Emperor (1st stage of the railway line Bordeaux-Arcachon). The Emperor was inspired by the work of Ruat Amanieu of ordering in 1857, the seeding of all the Landes forest is left to the largest artificial forest in Europe day. The main gate of the castle was closed in his honor. The domain Ruat remained in the family of General Espinasse. It retains the frame and the relics of the glorious past of Captaux Buch and their successors. The monument is the subject of a registration as a historic monument since November 11, 1970.

How To Get To Château de Ruat (Map):